Unpopular Opinion: No Justice For Chandru, Little Jai For Bhim 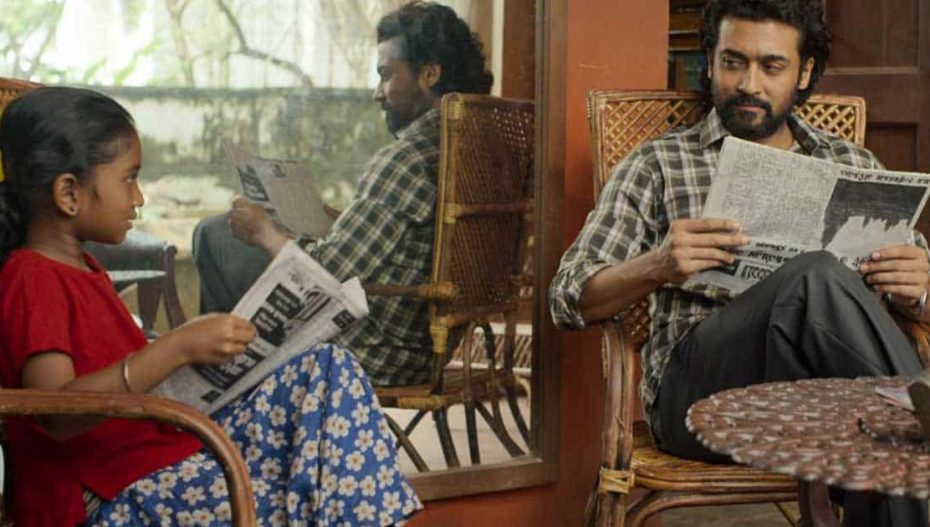 The title of the film should have been” Chandru”, for “Jai Bhim” somehow just stops short of doing full justice either to amazing Justice Chandru or the essence of the term “Jai Bhim”

It is a wonderful film, technically and cinematically. There are riveting performances be it Suriya, K. Manikandan, Lijimol Jose, Prakash Raj, or surprising Tamizh. Here is no attempt to criticize the film. On the contrary, kudos to Jyothika and Suriya for daring to produce a film with such a potent social message.

The well-meaning producers are unintentionally repeating the same mistake which our society is committing about Dr. Ambedkar– that of attaching Ambedkar with a section of society instead of society as a whole. It would have completely changed the perspective of the film if the caste factor were underplayed. In that case, the title “Jai Bhim” would have been absolutely appropriate. Purely based on the scenario of the film, there are two observations to make.

For one, the film is not about atrocities on tribals and Dalits. The film is about the heartlessness of a human being towards a defenceless fellow human being. The torturer here evokes more pathos than the tortured. The eyes of SI Guru, played brilliantly by Tamizh sends across soul-piercing cries of a blind ram, knocking it’s head over and over against the stone-wall closing in from all sides, it is trapped into.

After a point, it is irrelevant in the narration of the story if the tortured are tribals or not. The fact however keeps on getting amplified that they are poor, have-nots. The film purported to be about caste struggle dilutes into a story of class struggle a la Jolly LLB and Damini.

Secondly, the film is as much about IG Perumalsami as it is about Justice Chandru. Though unclear in the film about the caste affiliation of IG Perumalsami, in all probability he is not from the Dalit background. Shining moral uprightness of IG Perumalsami is no less divine than the pious flame of compassion Chandru holds. Stirred conscience of Perumalsami and the resoluteness of Chandru, with alternate vertebrae weave the real backbone of this document of apathy towards unprivileged.

The importance of the film is not in underlining the verbal personification of Dr. Ambedkar in powerful words “ Jai Bhim”, rather it is in the humanism of a small-town lawyer and triumph of humanity. It is an indictment of the corrupt system, police brutality, and inhuman attitude towards the poor. While highlighting the integrity of the legal system through the Judges of Chennai High Court, it also exposes mercilessly the frailty of the same flawed paradise where every Sengini does not get to encounter her Chandru necessarily.

Not at all finding fault with the film, except thinking aloud that without intending as much, the film tries to reduce the trauma of being born Dalit in India- a multi-layered perpetual agony to the level of mere physical torture. “These wounds will be healed but the stigma will not go away.”- the words spoken by beaten Rajakannu in the film utters while refusing to own up trumped-up charge of stealing, have profound meaning.