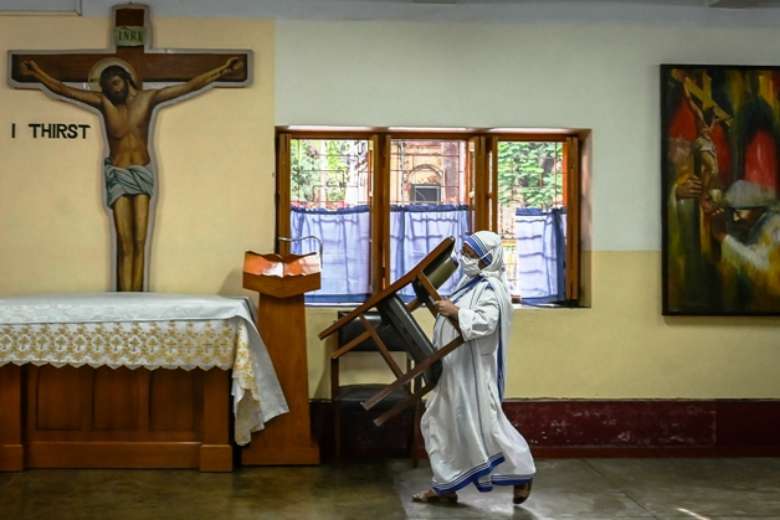 A Vadodara court on Wednesday directed the city police to “refrain from arresting” two nuns of the Kolkata-based organisation Missionaries of Charity till January 10, while adjourning the hearing in their anticipatory bail application, in a highly sensitive case filed under the Gujarat Freedom of Religion Act, 2003.

The nuns from the organisation, founded by Mother Teresa, were booked in Vadodara for allegedly “luring towards Christianity young girls” in a shelter home run by the organisation, and thereby “hurting Hindu religious sentiments”.

The court is awaiting the city police affidavit clarifying the use of two sections of the Act that were stayed by the Gujarat High Court in August last year. In an oral directive, additional sessions judge RT Panchal restricted the police from action until the next hearing on January 10.

Advocate Jahangir Shaikh, who represents the Missionaries of Charity, urged the court to decide on the anticipatory bail application as the police had failed to file the affidavit directed by the court.

An FIR lodged by the Makarpura police station on December 12 states that the Child Welfare Committee (CWC), after five of its officers visited the shelter home on December 9, had recommended to find “an alternative to this organisation” in its report.

A team of five officers of the Child Welfare Committee, including chairman Shankarlal Trivedi, visited the shelter home on December 9 and submitted a report to the District Magistrate on December 11, recommending an FIR to be filed against the organisation as per the provisions of the Gujarat Juvenile Justice Rules 2019.

The CWC team visited the shelter home in December following a letter from the National Commission for Protection of Child Rights (NCPCR), following a visit by chairperson Priyank Kanungo on August 29, 2021. Kanungo took suo motu cognisance and wrote to the district administration on September 10 citing violation of Article 28 (3) at the home, the FIR states.

The Article lays down that “no person attending any educational institution recognised by the State or receiving aid out of State funds shall be required to take part in any religious instruction that may be imparted in such institution or to attend any religious worship that may be conducted in such institution or in any premises attached thereto unless such person or, if such person is a minor, his guardian has given his consent thereto Cultural and Educational Rights”.

On the basis of the FIR, the Makarpura police had directed five girls from the shelter home to appear before the magistrate on December 23. The girls, aged between 12-15 years, were to be taken in the custody of a child welfare officer. The Vadodara Crime Branch took over the investigation on December 28.