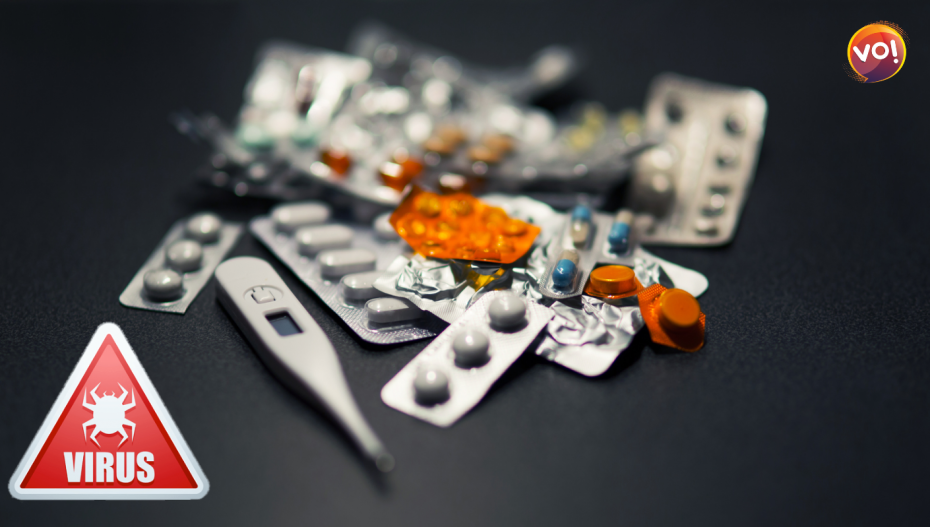 If your alertness and reaction time is see-sawing more than usual, you may be more at risk of a viral illness, according to new research.

“We all know that if we’re stressed, or haven’t slept enough, that predisposes us to have a less resilient immune system,” says Alfred Hero, professor of electrical engineering and computer science at the University of Michigan and corresponding author of the study in Scientific Reports.

“This is the first exposure study in humans to show that one’s cognitive performance before exposure to a respiratory virus can predict the severity of the infection,” he says.

Subtle variations in every day cognitive performance can signal changes in brain states that are known to increase the risk of illness such as stress, fatigue, and poor sleep. The team wanted to measure cognitive function and explore whether it was predictive of immune performance after exposure to a respiratory virus. Cognitive variability, measured with an at-home, digital self-test, turned out to be very predictive.

The team studied a cohort of 18 healthy volunteers who took brain performance tests three times per day for three days and then were exposed to a cold virus known as human rhinovirus. The software provided 18 measures of cognitive function including reaction time, attention, and rapid switching between numbers and symbols, which were combined to derive an index of variability.

“In the beginning, we didn’t find that cognitive function had a significant association with susceptibility to illness because we used the raw scores. But later, when we looked at change over time, we found that variation in cognitive function is closely related to immunity and susceptibility,” says Yaya Zhai, a recent PhD graduate in bioinformatics and first author of the study. She and Hero led the development of the cognitive variability index.

The team assessed viral shedding by using a saline solution to wash out the nasal passages of participants. They determined the presence of viral infection and the quantity of virus in the fluid by growing the virus in a cell culture. As for symptoms, the team used the Jackson score, in which participants rated themselves from one to three on eight common cold symptoms.

“This is an interesting observation in a relatively small study. I hope that there will be a chance to confirm these findings in a larger, more definitive study,” says Ronald Turner, professor emeritus of pediatrics at the University of Virginia, who ran the experiment.

The team is optimistic that smartphone use could eventually help identify times of heightened susceptibility to illness, monitoring cognitive indicators like typing speed and accuracy as well as how much time the user spends sleeping.

“Traditional clinical cognitive assessments that look at raw scores in a single time point often do not provide a true picture of brain health,” says P. Murali Doraiswamy, director of the Neurocognitive Disorders Program at the Duke University School of Medicine, who designed the neurocognitive testing portion of the study.

The study was part of a project the Defense Advanced Research Projects Agency funded to discover whether it was possible to predict susceptibility to illness in soldiers. Geoffrey Ginsburg, then a professor at the Duke Center for Applied Genomics and Precision Medicine, led that project and he also led the contingent of the team analyzing blood samples for biomarkers that could indicate susceptibility to illness.

The experiment also discovered a few genetic markers that may indicate reduced immune function, which the team may explore further in future studies.

Hero is also a professor of engineering, professor of biomedical engineering, and professor of statistics. Zhai is now a data scientist at VivoSense Inc. Ginsburg is now the chief medical and scientific officer of the All of Us research program at the National Institutes of Health. Doraiswamy is also a professor of psychiatry and medicine at the Duke University School of Medicine and an adviser to Lumos Labs. Lumos Labs provided access to their online Neurocognitive Performance Tests but was not involved in the process of conducting the study or the publication of the report.

The University of Michigan and Duke have filed for patent protection for the cognitive variability index.

Also Read: HOW TO WAKE UP ALERT AND REFRESHED

Everything You need to Know About the New Langya V...