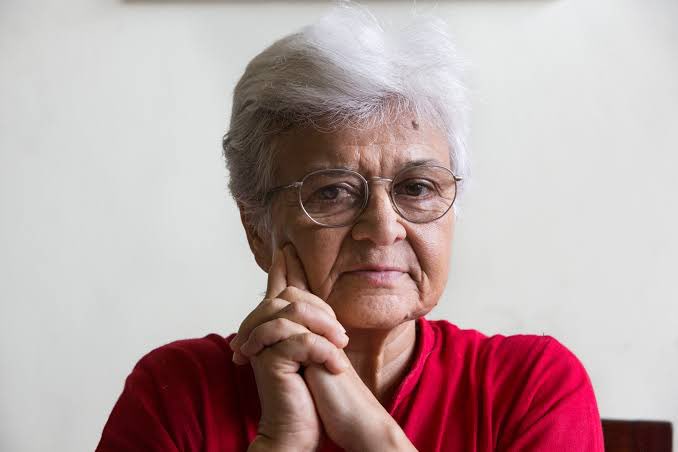 She fought the system of thought and behavior all her life, through her extensive writings about gender and women’s rights. Kamla Bhasin forged a distinguished career in righting those wrongs. She was never hesitant to question the power and the patriarchy. At 75, this women’s rights activist, poet and author passed away on September 25.

She began her work for the empowerment of the rural and urban poor in 1972. She was a member of  Sangat- A South Asian Feminist Network and also worked with JAGORI- Women’s Resource and Training Centre in New Delhi as well as Jagori Grameen in Himachal Pradesh.

Born on April 24, 1946 in a  village in West Punjab in Pakistan just before the India-Pakistan partition, Bhasin could see that the odds were stacked against her and the other girls from a young age. But unlike her friends, she was not afraid to speak out against the injustices she could see around her. Even more unusual was that she had parents who did not try to quell that spirit.

She completed her master’s in Jaipur and then left for Munster for a two-year course in sociology. With no money to fly to Germany, her journey by ship took 24 days. Returning from Germany in 1972, she started work in Udaipur in a non-government organization called Seva Mandir which was focused on alleviating problems of water scarcity and poverty in the area.

She is best known for her poem ‘Kyunki main ladki hoon, mujhe padhna hai’. Some of her other important writings include Borders & Boundaries: Women in India’s Partition, Understanding Gender, and What Is Patriarchy?

Feminism is an ideology

She believed patriarchy isn’t exclusively prevalent in men, women too fall prey to its views, and Bhasin knew that very well. She said “I know enough women who are totally patriarchal, who are totally anti-women: who do nasty things to other women, and I have known men who have worked for women’s rights their whole life,” said, further adding that feminism is not biological: feminism is an ideology”

Bhasin spoke about how men too are the victims of patriarchy and how it negatively shaped their behaviour. “Most of the violence inflicted on people is by men. They feel it is masculine to hide their emotions and become violent. Patriarchy dehumanises men. It affects them as much as women.”

“When I’m raped, people say that I’ve lost my honour? My honour is not in my vagina. It is a patriarchal idea that my rape will defile the honour of my community. I’d like to tell everyone, why did you place your community’s honour in a woman’s vagina? We never did that. It is the rapist who loses his honour, we don’t”.

Is India a free country?

She was known to ask fierce questions and she was persistent in her efforts to push the envelope. “Is the country free? If daughters are disappointed in the country, they are unhappy, Put your hand on your heart and say is the country free?” Bhasin questioned the gender-based stereotypes prevalent in India, which force women to compromise with every possible thing that could bring them happiness.