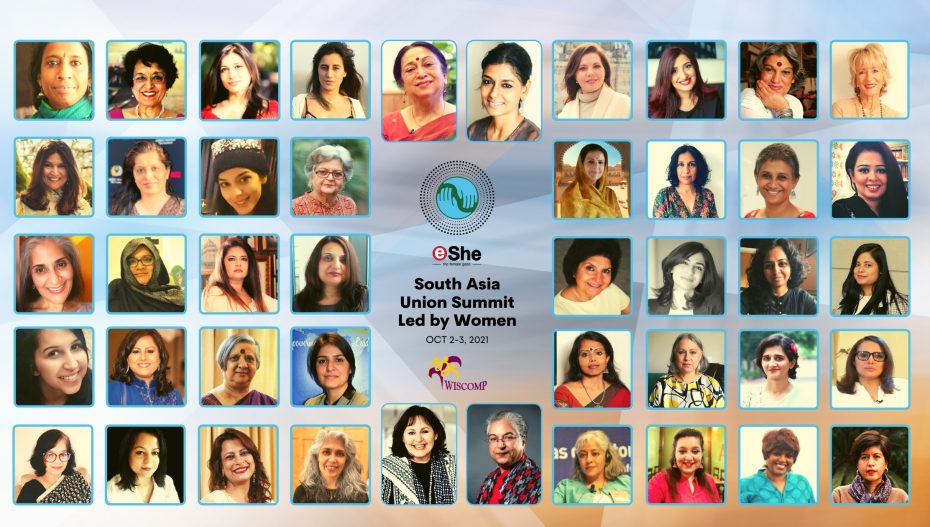 “We need to look at the role that women play in perpetuating gender-based abuse. A lot of abuses that we consume in popular media, shown as happening to women in Bollywood movies or TV dramas, is women abusing other women. Popular culture normalises it for society,” says Mandy Sanghera, award-winning philanthropist and human-rights activist from the UK.

Speaking at a panel at eShe’s South Asia Union Summit Led by Women titled, “The Burden of Tradition: Gender Equality and Social Justice in South Asia”, Sanghera said, “Since it is women in the family who pass on culture and tradition from one generation to another, they tend to pass the burden too.”

The panel discussed how for South Asians, tradition is everything, but traditions also can be cruel, misogynistic, divisive and inhumane at times. The panelists brainstormed on the need to redefine “tradition” and come up with more humane ones that ensure equality and justice.

Bringing up instances of her own life, Sanghera said, “When I bought my house in my 20s, people reminded me of the ‘checklist’ that I wasn’t adhering to – getting married, having children. There was a backlash to my independence. People didn’t want me to speak to their daughters or daughters-in-law for fear that I may brainwash them.” Sanghera, who is a cancer-survivor, believes that women and those from discriminated communities need to rip up this rule book and this checklist. “We need to write our own checklists,” she declared.

While South Asian countries have ample good laws and policies, and have signed many progressive national and international treaties, almost all are unable to escape the cultural trap.

Manjula Pradeep, founder of WAYVE Foundation that works towards uplifting youth and women of the Dalit and other marginalised communities in India, pointed to the discriminatory structures prevalent here. “South Asia is structurally a very unequal society based on patriarchy as well as caste system and class differences. Hence, the intersectionality framework needs to be addressed when we talk of South Asian context. For example, hardly any human-rights organisations speak up about the Devadasi practice, a form of forced temple prostitution enforced on Dalit women when they attain puberty, still prevalent in the south of India,” she said.

Pradeep believes that while India boasts of economic development, social development related to women is missing. “We continue to have a low gender ratio, employment participation, and literacy numbers, and even within this framework, the presence and status of indigenous (tribal), Dalit, and Muslim women are worse,” she said.

According to her, mindsets need to change. “Dalit women across South Asia are forced by families to do the filthiest work possible, such as cleaning human excrement with bare hands. This is happening in the 21st century! Very few civil society organisations address this issue,” said Pradeep, who was a victim of sexual abuse and physical violence as a young girl.

The panel discussion was moderated by Sarita Bartaula, Nepal-origin researcher based in the US and founding member of South Asia Peace Action Network. She mentioned how in the 21st century, though daughters are taught to be self-confident, independent, and self-reliant, the day they become daughters-in-law, they are expected to become homemakers, take care of their husbands, in-laws and children while still contributing to the household finances.

“There is a statement prevalent in South Asian countries that prevents women from talking about domestic violence or going back to their parents’ home – that after her kanyadan (giving away by her father), a woman comes to her marital home in a doli (palanquin) and can leave it only in an arthi (deathbed). Such helpless women have nowhere to turn to, and this leads to an increase in mental health issues and in many cases, even suicidal cases,” Bartaula said.

Sabin Muzaffar invoked a century-old essay by Sir Syed Ahmed Khan that she studied in school, which talked about how our cultures revolve around reinforcing old myths and how the woke or progressive people must take the onus for unshackling ourselves from old myths and traditions that leave no space for growth or learning: “We as the ‘woke’ generation should begin with ourselves, and rid ourselves of both conscious and unconscious biases. Changing ourselves leads to a domino effect on our families and communities,” she said.

Dr Sonora Jha questioned tradition and the notion of hierarchy which says that certain people deserve respect in society just on the basis of the circumstances of their birth, taking the example of upper-caste Brahmin men, or men in general, or even an elder brother, when they have done very little to earn it.

Jha, who herself belongs to a Brahmin family, stresses on the need to make feminist choices and to recognise how feminism is compassionate towards all genders. “Men in South Asian societies don’t face consequences, and soon enough they realise that there are no consequences for abuse perpetrated by Brahmin men, or even white supremacists. What we need is to decenter this excessive male power,” said Sonora who has talked about some of her own family stories in her book which, she confesses, forced her to unlearn many patriarchal traditions.

Abandoned As Baby, Ranna Is On Her Way To US To St...

Sri Lanka Pays Homage To Mahatma Gandhi On His Bir...