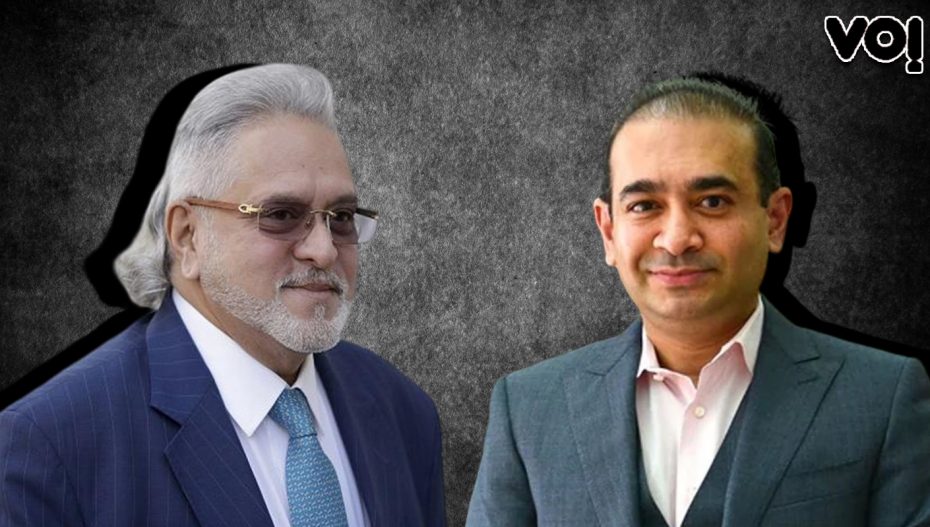 Vijay Mallya and Nirav Modi are currently in United Kingdom. The liquor baron is accused of defrauding Indian banks of over ₹9,000 crore rupees. On the other hand, fugitive diamantaire Nirav Nirav Modi is accused of fraudulently getting issued 150 Letters of Undertaking from the Brady House branch of Punjab National Bank and duped the bank of ₹6,498 crore.

The much-anticipated British prime minister Boris Johnson’s India visit next week will witness a free trade agreement, cooperation in areas ranging from security to Ukraine crisis on agenda. But will there be discussions on the extradition of fugitives Vijay Mallya and Nirav Modi, who owe thousands of crores to the Indian banks?

The two conmen have defrauded Indian banks to a total of ₹15,000 crores.

The diamantaire and his wife Ami fled the country in first week of January 2018 as soon as the massive public sector bank fraud came into light. On January 31, 2018, the Central Bureau of Investigation had registered a case under various sections of the Prevention of Corruption Act and the relevant sections of the Indian Penal Code (IPC).

Nirav Modi and his firms are accused of fraudulently getting issued 150 Letters of Undertaking from the Brady House branch of Punjab National Bank and duped the bank of ₹6,498 crore. The diamantaire is currently lodged in south-West London’s Wandsworth Prison since his arrest in March 2019 on charges of extradition warrants issued against him. He has challenged India’s extradition request citing mental illness.

On April 12, a Mumbai court sent Nirav Modi’s aide Subhash Parab to CBI custody till April 26. The deputy general manager (Finance) at Modi’s firm Firestar Diamond was deported to India from Egyptian capital Cairo by the CBI officials on the same day.

The liquor baron, who also owned the now-defunct Kingfisher Airlines, is accused of defrauding Indian banks to the tune of ₹9,000 crore rupees.  He has been in the United Kingdom since March 2016 and is wanted in India over alleged fraud and money laundering charges. In February 2019, then UK Home Secretary Sajid Javid had signed an order to extradite Vijay Mallya, two months after the Westminster Magistrates’ Court upheld India’s evidence against Mallya and cleared his extradition.

During the hearing, Solicitor General Tushar Mehta had clarified in Supreme Court on March 10 that: “it’s not government of India’s stand that something confidential is going on in the case in the United Kingdom but it is what the government has been informed by the UK that there is something going on which can’t be shared.”