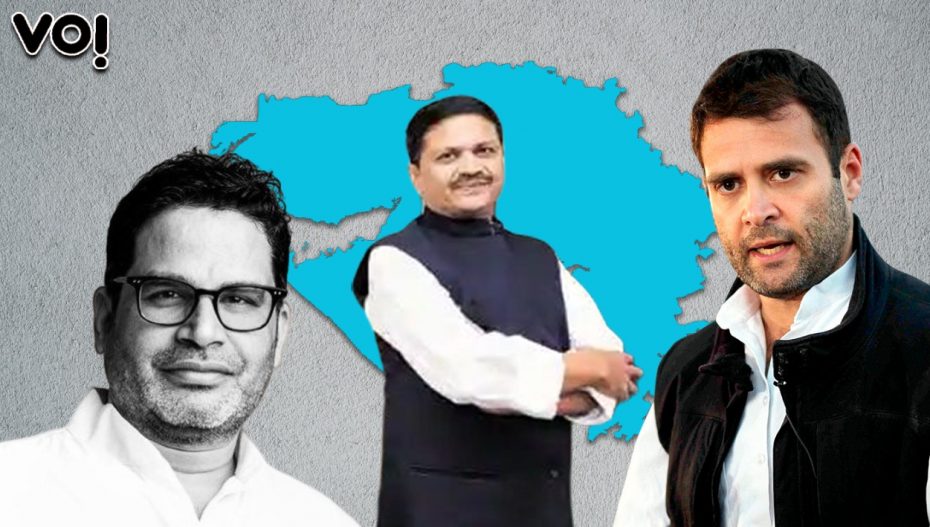 The middle-aged Prashant Kishor had put his weight behind senior Patidar leader Naresh Patel to get him into the Congress. Naresh Patel is very popular as a leader of Leuva Patidars, a sub-group of the Patel community that commands enormous sway in 48 of the 182 assembly constituencies in Gujarat. The 56 year old Patidar leader is an industrialist and the chairman of the influential Shree Khodaldham Trust (SKT) that manages a grand temple of Goddess Khodiyar, the patron deity of the Leuva Patidar community, near Rajkot in Gujarat.

On Tuesday, when Prashant Kishor, known as the kingmaker of elections, turned down an offer to join the Congress party, there was speculation that even Naresh Patel would not join the party. Naresh Patel made it clear yesterday that Prashant Kishor’s decision will not affect him. “Prashant Kishor is a very good friend of mine and he will definitely stand by me if I go into politics,” he said.

A meeting of three different trusts was held yesterday in Kagwad Khodaldham. Naresh Patel was also present in the meeting. Addressing media persons after the Khodaldham meeting, Patel said, “I will announce my decision soon. I don’t want to take advantage of this anymore. I will announce the time to join politics later this month. I will give you a final date by the end of this month because I don’t everyone to wait too long now. Women and the youth want me to get involved in politics but the elders want me not to get involved in politics and they are worried about me.”

Amid speculation of Naresh Patel’s political entry, an internal survey was conducted at an important meeting of the conveners. It is understood that a group of conveners had asked him to enter politics. District-taluka convener’s meeting will be convened in the coming days but in the closed door meeting yesterday, all the conveners were confident that Naresh Patel will join politics.