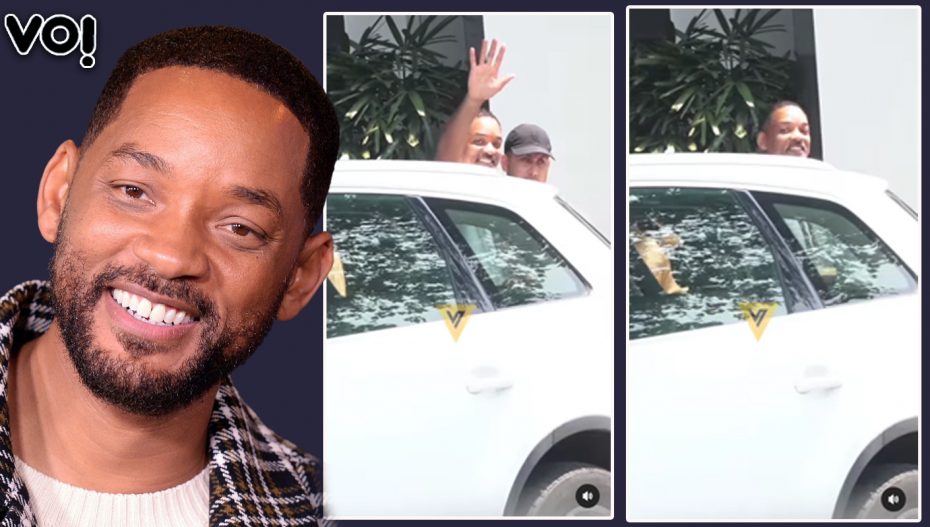 Hollywood star Will Smith was spotted at Mumbai airport while Boarding a flight, The Hollywood star was seen in good mood as he greeted almost everybody present at the Airport, He was seen wearing a white Tshirt, Will was accompanied by an unknown Spiritual leader who is seen along with will wearing a saffron rob.

According to the Papparazi Will Smith was living in J W Marriot Hotel in juhu from few days, This is Will Smith’s first public appearance after the Oscar slap controversy where he slapped Chris Rock after he cracked a Joke on his wife

Will Smith has previously visited India in year 2019 when he made a cameo appearance Tiger Shroff and Ananya Pande starer SOTY 2, Will also visited Haridwar and Golden temple amritsar during his 2019 Visit. The reason of Will’s current visit is yet unknown.