Yet another acid attack in Ahmedabad, Gujarat 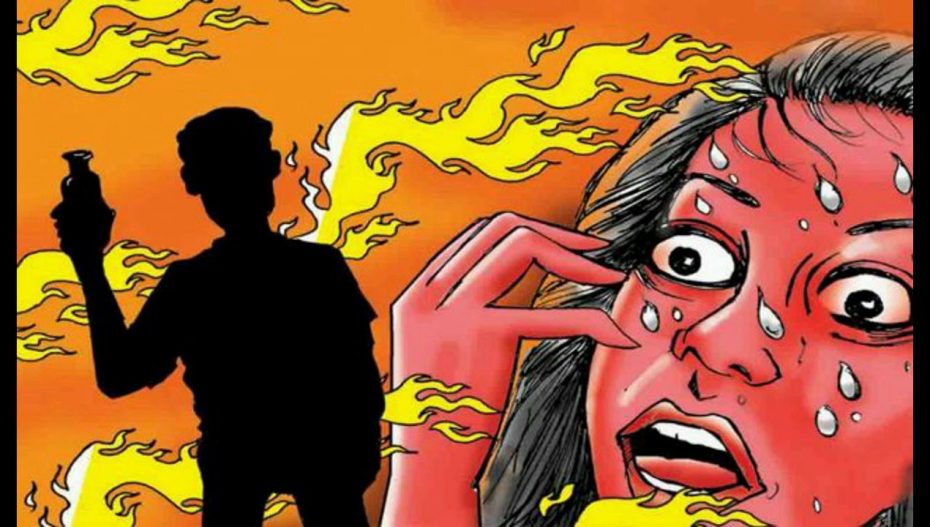 On July 19, 2021, Imranhussain Shaikh of Danilimda threw acid on his 34-year-old widowed sister-in-law. Although the woman did not sustain severe injuries, she recalls how painful it could have been if the acid had fallen on her face.

Based on the FIR, Danilimda police has detained accused Shaikh and have sent him for a Covid-19 test before arresting him officially.

According to the FIR lodged by the victim, she married Mohsinkhan Pathan about seven years ago. Mother of a seven-year-old girl, the victim lost her husband about three years ago due to cancer. The victim continued to stay with her in-laws. But as per the FIR, she was allegedly subjected to mental and physical torture. She had complained of domestic violence against her in-laws, including her brother-in-law Imran Shaikh. Later the victim went to her parental house located in the same area.

On July 19, Shaikh came to her house on a motorcycle and shouted out her name. As the victim stepped out of her house, Shaikh allegedly pulled out a bottle of acid and threw it on the victim.

Fortunately, the victim sustained injuries on the left leg and right hand. She was then shifted to LG hospital for treatment. Shaikh fled from the spot. Assistant Commissioner of Police ML Patel said they registered an offence under sections 326(b) and 294(b) of IPC and have detained the accused.

According to NCRB figures, from the years, 2014 to 2018, Uttar Pradesh tops the list of acid throwing cases with 260 cases. It is followed by West Bengal with 248 cases; Delhi with 114 cases; Madhya Pradesh with 59 cases; Odisha with 52 cases; Punjab with 50 cases; Andhra Pradesh with 47 cases; Haryana with 46 cases; Bihar with 38 cases and Gujarat with 37 cases.

However, Chairperson of Women Commission of Gujarat, Leelaben Ankoliya said, ”As such there are fewer cases of acid attacks in Gujarat. We take details of every case and ensure that the victim is compensated according to the norms”.

In May 2021, a man named Hitesh Solanki, resident of Ranip threw acid on the face of his former wife, a 33-year-old woman, a resident of the Sola area of Ahmedabad. She sustained severe burn injuries of the face and had to undergo surgery. Though Solanki was arrested later, the woman still cannot forget the horrors she had gone through.

Section 326 (b) of IPC says that whoever throws or attempts to throw acid on any person or by any other means, to cause permanent or partial damage or deformity or burns or maiming or disfigurement or disability or grievous hurt, if found guilty would be punished by imprisonment not less than five years, which may extend up to seven years and shall also be liable to fine.