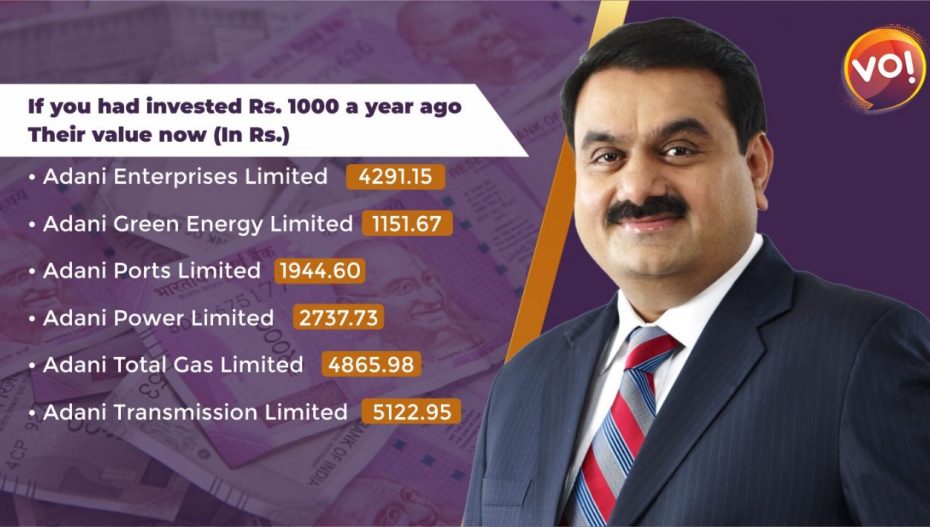 “A one-rupee investment in Adani Enterprise (at the time of) our first IPO in 1994 has returned over 800x,” Gautam Adani had famously stated. On Thursday, Adani surpassed the Ambanis to become Asia’s richest businessman. It has also left behind the likes of the Tatas, Birlas and Wadias, among others.

The rise of Gautam Adani and his Adani Group of companies has been nothing short of meteoric over the last few years. The Ahmedabad-based group has leapfrogged from being a medium-sized one to one of the richest family-based businesses in India.

With staggering returns on investment, the Adani Group has a dedicated fan base. Investors seem to swear by their stocks.

Over the period of one year, Adani Enterprises offered a return of 1049%. With returns of 1121.10%, Adani Total Gas Limited became a favourite for investors. All six Adani companies had provided positive returns for the company, which became a go-to stock for investors.

IPL: Adani Group may get the rights of Ahmedabad F...