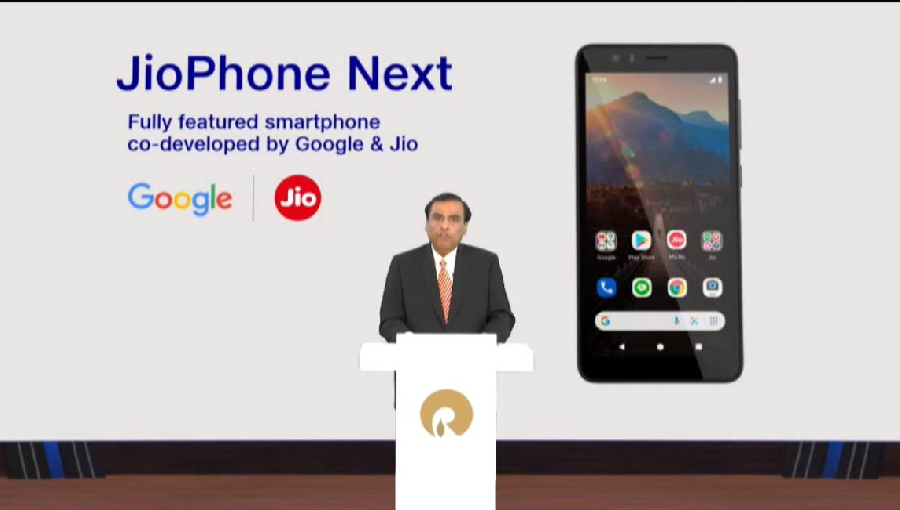 After $44 billion (Rs3,24,432 crore) worth of fundraising by diluting stake in new-age businesses, India’s largest and most valued company Reliance Industries Limited (RIL) on Thursday declared a new $10 billion (Rs75,000) crore investment plan in the field of green energy. For Gujarat, it is going to be another proud moment as the entire investment by RIL -managed by Asia’s richest – will be in Jamnagar.

The three-dimensional strategy was announced by RIL’s chairman and managing director Mukesh Ambani while addressing the annual general meeting (AGM) of its shareholders through video conferencing.

The strategy focuses on  – One, Rs75,000 crore investment in renewable energy 2, the deal with Saudi oil giant Aramco to be completed during the current year and 3, new affordable smartphones with its technology partner, Google.

Reliance also announced to install 10 GW of solar energy capacity by 2030. It directly puts two of the richest Indians – Mukesh Ambani and Gautam Adani – competing with each other in the sector of green energy. It should be noted that Gautam Adani, India’s second richest is also eying 25 GW of green energy through solar, wind, and hybrid power in India. Adani already has 735 MW of solar and wind energy capacity operational in Gujarat and another 5,580 MW is under construction.

Both the companies are also having plans to manufacture and produce photovoltaic modules, ingot, and wafer manufacturing facilities that will bring down the capital cost for building solar power plants.

In last year AGM speech company’s chairman and managing director Mukesh Ambani had declared Reliance to become carbon footprint neutral by 2030 and also venture into the green energy business. Giving roadmap to his plans this year, Ambani announced an investment of Rs75,000 crore in the field of Green energy over the next three years.

“I am happy to inform you that we have started work on developing the Dhirubhai Ambani Green Energy Giga Complex on 5,000 acres in Jamnagar, Gujarat. It will be amongst the largest such integrated renewable energy manufacturing facilities in the world,” Ambani said while declaring details of the green plan. He added that Jamnagar was the cradle for traditional oil businesses of the company and will become a cradle for its new energy businesses.

As per the plans, the company will build four Giga factories to manufacture and fully integrate a new energy ecosystem that will include a production facility for solar energy, storage and intermittent energy, production of green hydrogen and converting hydrogen into stationary power. “Over the next three years we will invest over 60,000 crore rupees in these initiatives,” Ambani said.

He announced a further investment of Rs15,000 crore in value chain partnership and future technologies for the energy business.

For over two years, Reliance has been in talks with the world’s largest crude oil producer Saudi Aramco. Reliance is looking to divest a 25 percent stake to Aramco as part of the partnership. However, the global Covid pandemic delayed the deal.

However, Reliance welcomed the chairman of Saudi Aramco Yasir Al-Rumayyan as an independent director on the board. As part of the deal, Reliance has already demerged its Oil to Chemicals (O2C) businesses into a separate entity. As per the deal, Saudi Aramco will pay $15 billion to Reliance to buy the stake. The deal is likely to be completed in the current financial year, Mukesh Ambani added.

As part of strategic divestment, last year, Jio Platform, the mobile technology arm of Reliance had divested 7.73 percent stake to global tech giant Google for Rs33,737 crore. Other than technology partnership Reliance had also announced to launch an affordable, smarter and faster mobile device for Indian consumers. Both partners during the AGM announced two new initiatives – an affordable smartphone and a technological partnership for 5G services of Jio on Google’s Cloud platform.

During the AGM, Reliance announced to launch the new phone that will be available in the market from September 10. The new phone – named as JioPhone Next – is loaded with regional languages, translation features, a camera and support for the latest Android and security updates.