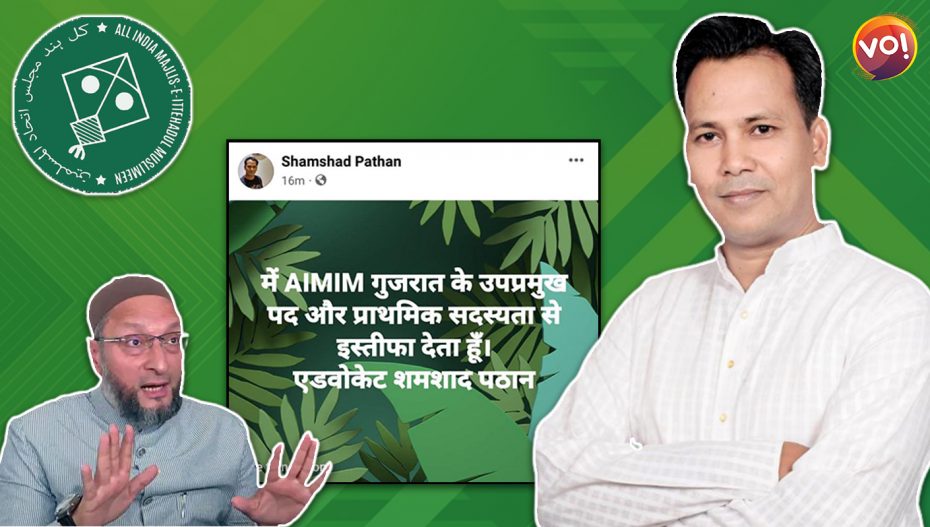 AIMIM Gujarat Vice President Shamshad Pathan on Sunday announced that he has resigned from his post and the primary membership of the party. He announced this decision just two days after the state unit of AIMIM organized Iftar which was attended by party supreemo Asaduddin Owaisi.

Shamshad Pathan has quit as primary member and Vice-President, Gujarat, of AIMIM. He says, “Yes, I have resigned. It seems the party president (Sabir Kabliwala) is not serious about running the party. There is no roadmap, no direction, no strategy, nothing. This will only help the BJP. No point in working hard for such a party.”

Are you joining any other party, “All options are open. I will take a call after Eid. ” Will it be Congress, AAP, BJP? “Of course not BJP. Rest will decide after Eid.”

Asked about the black flags waved at Asaduddin Owaisi in Juhapura earlier in the week, Pathan claimed it was “basically against Kabliwala and local corporator, not Owaisi. “

Also Read: “Gully Committees to Win With The People. Not Win Over Them,” AIMIM