All About The Holy Month of Ramzan 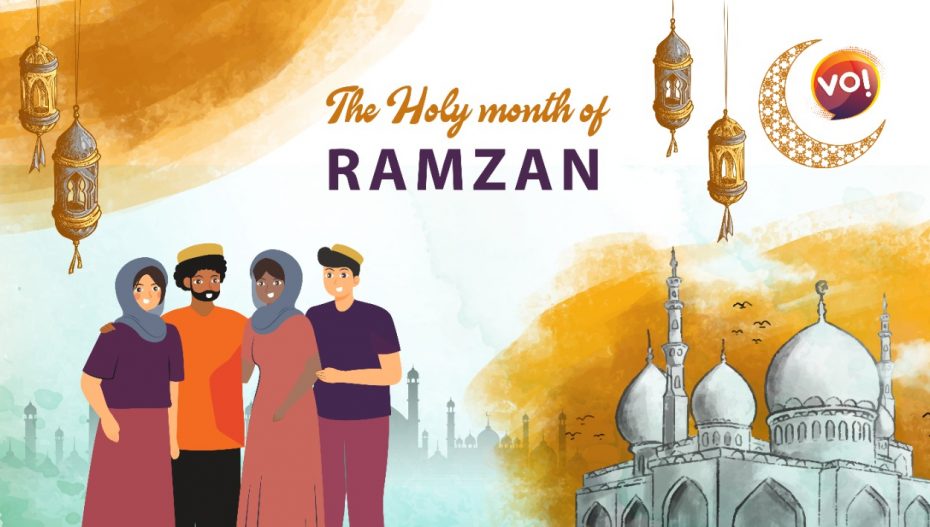 The Islamic calendar (called Hijri) is a lunar calendar comprising 12 months in a year of 354 or 355 days. It is used to determine the days of Islamic holidays and rituals, such as the annual period of fasting and the month of pilgrimage, Hajj. In most countries where the predominant religion is Islam, the civil calendar is the Gregorian English one, but special days are observed according to the Islamic almanac.

Ramzan is the ninth month of the Islamic calendar and called the “holy month.” It entails 30-days of fasting from sunrise to sunset (without food and water), prayers and in general, a month dedicated for a “spiritual reconnect” with the religion.

The story behind Ramzan:

The word Islam means “submission.” Muslims are followers of this religion and submit to the will of their god, Allah. Much like Christ was born a Jew and Christianity came with him, Muhammad was born a pagan Arab, into the Hashim clan of the Quraish tribe.

Religion in pre-Islamic Arabia included indigenous Arabian polytheism and ancient Semitic religions. There were some rudimentary influences of Christianity, Judaism and Iranian religions such as Zoroastrianism.  By and large, it was the hundred of deities, their godmen, idols and rituals that were worshipped. A whole lot of sacrifices, black magic, djinns and superstitions were part of the culture in the largely illiterate and ignorant society. Slavery was upheld and women were used just for pleasure.

All faiths concur that when sins outnumber good deeds and when the aggressors have lost any fear of retribution, there comes a Messiah. So, also with Islam.

The belief is that one night in the ninth month of the Islamic/Arabic calendar in 610 CE, Angel Gabriel (the messenger angel for “People of the Book,” namely Jews, Christians and Muslims), appeared in Muhammad’s dream. He was an unlettered shepherd and so when the Angel told him to read and spread the word of God, Muhammad is stated to have recoiled into silence for days. But, the angel kept appearing. It is believed that the Prophet (messenger of God) started mumbling verses that Arab scholars marvelled at for their poetic composition, words and depth of meaning.

Soon, some found relief in his verses. The angel kept coming and Muhammad started spreading the word of God. Soon enough, he gathered a small band of followers and his fame was growing. However, the rich and powerful, fearing for their own supremacy branded him a heretic and unleashed troubles upon his family and followers.

Finally, in 622 CE, Muhammad was forced out of Mecca and thus began the Hijra, the Islamic calendar. They group settled in Medina, where he was welcomed by locals. A modest mosque was built and thus began Islam, surrendering only to the will of Allah.

Hence, this is the holy month, wherein began the revelation. Muslims believe that the Quran was orally revealed through the archangel Gabriel over a period of 23 years, beginning in the month of Ramadan, when Muhammad was 40 and concluding in 632, the year of his death.

The Koran is an oral tradition, which means, it was narrated to the earthly Prophet by Angel Gabriel. The verses narrated were “the word of God.” Again, given that Muhammad was unlettered, he could not write. His mind received the guidance, he spread the word and much later did scholars who accepted the new faith, “write down” the Koran. Interestingly, the Koran does not follow a chronological compilation. It is held that as the Prophet preached, scholars jotted down and his teachings were God’s commandment “in context” of the contemporary time. That is one reason also why Muslims are averse to “changing,” “altering” “or dismissing” anything in the Koran.

If it is God’s word, it was true then and remains true forever. “Man in his finite wisdom can never comprehend the totality of the words. So, how can he change it?” is how the most Muslims would put it. The “liberals” are the ones who would like to see a change. But their being “liberal” does not make the other set “conservative.”

Why Do Muslims Fast In Ramzan?

Fasting is a way of eliminating the baser instincts and evolving to a higher spiritual level for most religions. So also for Islam. Muslims fast to be able to devote time exclusively to understanding their faith. Added, it is a way of submission. A pre-dawn meal (suhoor) and a sunset meal (iftar) is a way of bowing one’s head in submission. The meals are also ways to connect with fellow Muslims and one must necessarily, portion off some food for the poor this month.

It is also a way of appreciating the gifts:

The act of fasting is meant to remind Muslims of the less fortunate and to reinforce the need to be thankful. As one of the five pillars, or duties, of Islam, fasting during the month of Ramzan is mandatory for all healthy adult Muslims.

The Last 10 Nights of The Month…

The last ashr (10 days) are of particular importance because, time and again, there is reference in the Koran to the one night when prayers will yield many folds more rewards, when forgiveness is granted, when wishes are fulfilled. This night is to be sought on any “odd number” night. That is to say, 21, 23, 25,27 and 29. It is also believed that the djinn and spirits (who exist according to belief to tempt man from righteousness) are caged this night to enable mortals to pray without distractions.

However, most scholars agree (based on research) that it is the 27th night. These nights are called “Lailat-Ul Qadr” or the “Night of Power” when extra namaz is the power to unlock spiritual and worldly rewards.

Many Muslims observe the “itekaaf” or seclusion for 10 days in a mosque to make possible a complete connect with their faith.

And yes, why the confusion over moon sighting?

Okay, this is tricky. To oversimplify it, with the spread of Islam all over the world, followers and their schisms also started. In the end, it is came down to two major sects, the Shias and the Sunnis.

The Bohra community in India is a sub-sect of Shias and adheres to an established community network. Helming it is the Syedna, their religious head whose lineage is traced to the Prophet Muhammad’s family. The Bohris, as they are fondly called, work on a systematic calendar drawn up a year in advance. After all, science has made it possible to calculate the moon’s cycles.

Therefore, the Bohri Ramzan and Eids are predetermined dates in the calendar for that year.

For Sunnis, it still works like it did during the Prophet’s time. Again, this works on the adage that God must have had a plan and so did not determine the exact date.

The new crescent moon must be sighted for the month of Ramzan to end and the month of Eid to begin. However, some argue that given pollution the moon is not always visible. In such a case, the local clergy takes a call and confers it with the shura (council) at the national level.

Should the moon be sighted by any Muslim on the 29th of Ramzan, they are to report to the local mosque. If the moon sighting is not announced, Muslims fast 30 days to be sure of having completed the entire month.

This is a month of fasting, but also feasting!! Traditional delicacies are prepared to celebrate the joys of fasting and praying together. Muslims must give away a portion of their annual income and value calculated on gold belongings to the poor. This is called Zakat.

Also, fasting is excused for the elderly, sick or anyone with underlying comorbidities. However, such persons must either help a poor family with provisions during Ramzan or donate a fair amount to the poor. Pregnant women and nursing mothers are excused during the month but they must make up the fasts before the next Ramzan.

Five Biggest and Most Beautiful Mosques In India