Five Biggest and Most Beautiful Mosques In India 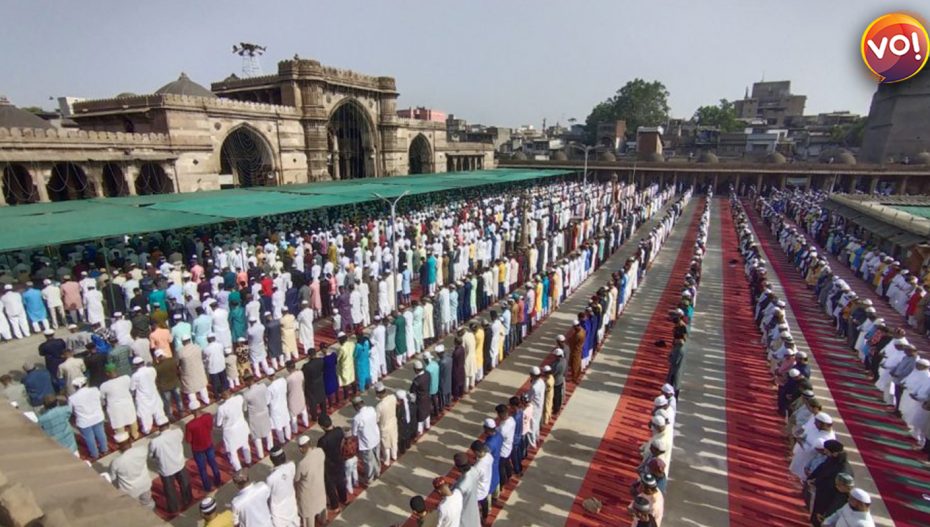 India is among the few nations that boast a varied architectural heritage. From temples, mosques, churches, gurudwaras and synagogues, even in its places of worship, no other country has such diversity. With Eid just a day old, we look at some of the most beautiful mosques in India:

It is not for nothing that Kashmir is called “Paradise on Earth.” From beautiful snow-capped peaks to its surreal sites where land meets water, this Himalayan state is a stunner. But did you know of the Hazratbal Masjid? Also called the Hazratbal Shrine, this mosque is a pilgrimage destination. It is home to Moi-e-Muqaddas, a hair from the Prophet’s beard, said to have been brought to India by Syed Abdullah Madani, a purported descendant of the Prophet, who left Medina (in present-day Saudi Arabia) and settled in the South Indian city of Bijapur in 1635, at a time when the Islamic Mughal Empire was rapidly expanding across India.

The name of the shrine is a combination of the Persian word hazrat (respected) and the Kashmiri word bal (place). Situated on the northern side of the Dal Lake, work on the white marble mosque started in 1968 and was completed in 1979.

A red sandstone beauty with marble embellishments inside Delhi’s Mehrauli Archaeological Park, Jamali Kamali is a gorgeous example of Mughal craftsmanship. Its spectacular jharokas point at the Rajput influence. The mosque, positioned in an enclosed garden area, built first during the years 1528-29, has a southern entry. It is claimed to be a forerunner of Mughal mosque architecture in India. The prayer hall, fronted by a large courtyard, has five arches with the central arch only having a dome. The size of arches increases towards the central arch.

Also called the Gem or Jewel Mosque, this one is housed within the Agra Fort (a UNESCO World Heritage Site). The mosque is sheer poetry in white marble and was constructed by Shah Jahan between 1631 and 1640.

It is held that the mosque was built for ladies of the royal family. A private mosque to enable congregational prayers for women, its special features include three majestic domes and wonderful arches. In fact, a “Mina Bazar” was allowed down the road, to facilitate shopping for the womenfolk from the privacy and comfort of the mosque’s balcony.

The Taj-ul-Masjid is set apart by its towering minarets and dome. This mosque is more than a century old and features a large courtyard. The name translates to “Crown of Mosques” and truly, this one has grandiose written all over. It is the largest mosque in India and one of the largest mosques in the world.

The mosque was not completed due to lack of funds, and construction did not resume until 1971. The entrance was renovated with motifs from 13th century Syrian mosques donated by the Emir of Kuwait in memory of his late wife.

One of the largest mosques in India, Jama Masjid in Delhi is a gorgeous red sandstone and white marble structure standing in the middle of Chandni Chowk in Old Delhi. It was built by the Mughal Emperor Shah Jahan between 1650 and 1656, and inaugurated by its first Imam, Syed Abdul Ghafoor Shah Bukhari. Situated in the Mughal capital of Shahjahanabad (today Old Delhi), it served as the imperial mosque of the Mughal emperors until the demise of the empire in 1857. The Jama Masjid was regarded as a symbolic node of Islamic power across India, well into the colonial era. It was also a site of political significance during several key periods of British rule. It remains in active use, and is one of Delhi’s most iconic sites, closely identified with the ethos of Old Delhi.

Jama Masjid is oriented toward the holy city of Mecca, Saudi Arabia, which lies to the west. An open courtyard facing the eastern gateway of the mosque building is at least 325 feet (99 metres) square and can accommodate 25,000 people.

All About The Holy Month of Ramzan