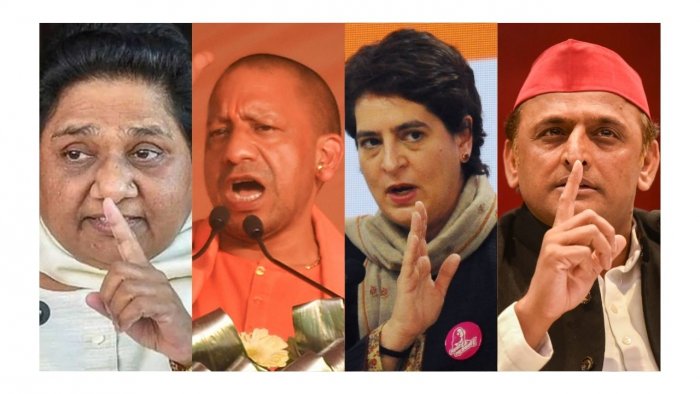 Five states, Uttar Pradesh, Punjab, Goa, Manipur, and Uttarakhand, go to the polls beginning February. And while the winner will no doubt rule the roost (literally), a whole lot of potent answers about the Indian democracy lies with the losing side. Who lost, why, will the Opposition be a robust one and/or will the winner ring the knell for a free and fair Republic?

The elections will be closely watched also to note who takes away as the principal Opposition. The Congress has lost ground over the years and regional players are getting emboldened by success in different measures. The outcome could alter the dynamics not only amongst the parties but would have an impact on the internal politics of Congress. Rightly considered a mid-term appraisal for Prime Minister Narendra Modi-led BJP Government, Assembly elections in five states, especially Uttar Pradesh will be crucial for the regional forces to reposition themselves vis-a-vis the Lok Sabha elections to be held in 2024.

The polls will decide on the Congress’ traditional claim to be the nucleus of a combined Opposition. Bengal’s firebrand leader, Mamata Banerjee’s famous Mumbai jaunt to garner a united defence to thwart the BJP is a step towards realignment of politics for future prospects.

A quick-round up on the main players this elections season:

The Opposition, especially Rahul Gandhi, has questioned the BJP for just about everything – farm laws, covid crisis, fuel price rise and unemployment. In the 2017 General Elections, Rahul fought valiantly in alliance with the Samajwadi Party, only to be decimated.

This time, Priyanka Gandhi is the face of Congress in UP. Their bugle has been the brilliant Ladki Hoon, Lad sakti Hoon set to the tune of Ayi Giri Nandini, Nandhita Medhini. However, the real test lies in mobilising grassroot workers and rejuvenating the now-defunct network of karyakrtas.

In recent times, Congress has been able to form governments in only five states — the Union territory of Puducherry in 2016, Punjab in 2017, and Madhya Pradesh, Rajasthan and Chhattisgarh in 2018. With a dwindling vote base and an increasingly portrayed anti-Hindutva party, party leaders have some serious business to tend to. Meanwhile, Congress is pinning hopes on Punjab and Uttarakhand.

The Trinamool Congress is riding high on its success and the humiliating defeat it inflicted on BJP in the last Assembly elections. And now, Didi might just be the face of a united Opposition, catapulted into the fray on the Congress vote share. Watch out for the little flower in Goa and Manipur.

Arvind Kejriwal’s ambition of covering a wider spread under the AAP umbrella has not been a hidden agenda. The win in Surat Municipal Elections has just bolstered its belief in the slow and steady approach. Little wonder then that Punjab is their next stop. Time alone will reveal the final score but one thing is sure: AAP in Punjab will have a final say. Either as king or kingmaker.

Akhilesh Yadav’s laal topi party has been able to draw huge crowds this time. The family feud also has shown symptoms of reconciliation. Akhilesh, who has publicly refused any alignment with Congress, has been on a forging spree with smaller fronts across Uttar Pradesh. In this respect, Rashtriya Lok Dal’s Jayant Chaudhary is being touted as a magnate of sorts.

Two times Uttar Pradesh chief minister Mayawati, has beaten two odds to savour success: she is Dalit and a woman. This time, BSP has tied up with the Akali Dal in Punjab. With a 33 per cent Dalit vote bank in the state, the performance of BSP in the 2022 election would mean a lot for the braveheart.