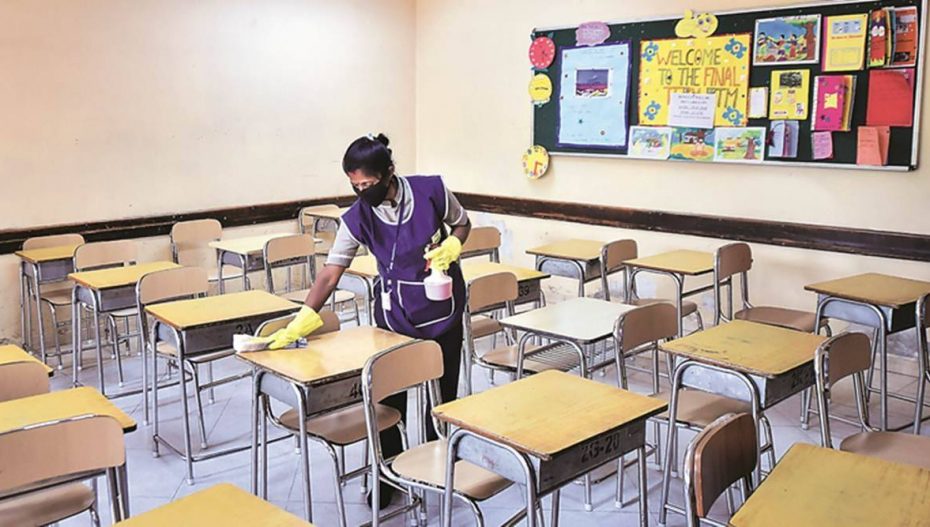 Among them, one student who had high fever is undergoing treatment at Lady Curzon and Bowring Hospital, while another one is in-home quarantine. The rest are asymptomatic.

At least 60 students from a residential school at Electronic City in Bengaluru have tested positive for the coronavirus disease. Among them, one student who had high fever is undergoing treatment at Lady Curzon and Bowring Hospital, while another one is in home quarantine.

The remaining students of Sri Chaitanya Girls’ Residential School, all of whom are so far asymptomatic, have been quarantined at an isolation facility on the school campus. They are being taken care of by staff from a private health facility, civic body officials said. The school has now been shut and may reopen on or after October 20.

The school had resumed physical classes for senior students on September 5 with 57 fully vaccinated staff, including 22 teachers, and 485 students. On September 26, one pupil, who had reportedly come from Ballari, started developing symptoms like fever, vomiting and diarrhea following which she was found to be infected by the virus.

According to officials of the Bruhat Bengaluru Mahanagara Palike, all the students were then tested — 27 of 105 students who underwent Rapid Antigen Test were found to be infected, while another 33 of 424 inmates undergoing RTPCR test turned out to be positive.

According to a report in The Hindu, district health officer G Srinivas said the students were tested on September 27.

Bengaluru urban deputy commissioner J Manjunath said there was no cause for worry, adding a retest would be done on October 20. He said among those infected, 14 were from Tamil Nadu, while the remaining from different districts of Karnataka.

The authorities have now changed the room-sharing arrangement in the hostel. Earlier, four students were staying together in a room. This has now been changed to two inmates for every room. The school may start online classes again, Srinivas added.

Meanwhile, even as the authorities have completed sanitising the school and hostel premises, parents of several students have called for taking back their wards.

In Kolar district, about 12 students of a school have tested positive for the virus, six pupils of two other institutes have also been found to be infected.