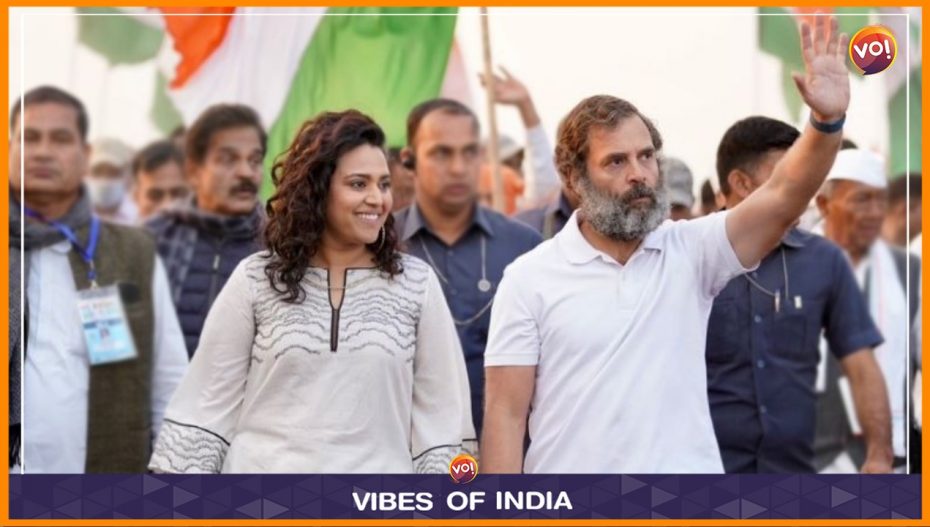 Bollywood actor Swara Bhasker on Thursday joined the Congress’s Bharat Jodo Yatra in Ujjain and walked with Rahul Gandhi. With Swara Bhasker, the list of Bollywood presence in Bharat Jodo Yatra grows.
Known for her anti-BJP opinions, Bhasker extended support to the yatra when it began and lauded Rahul Gandhi’s efforts despite electoral defeats, trolling and personal attacks. “Credit where due.. Despite electoral defeats, trolling, personal attacks & constant critique abt being ineffective, @RahulGandhi has neither succumbed to communal rhetoric nor sensationalist politics. Given the situation of this country effort like @bharatjodo is commendable!” Swara tweeted in October.

The BJP recently claimed that actors are paid for their ‘guest appearance’ in the yatra which Pooja Bhatt who walked with Rahul Gandhi in Hyderabad vehemently dismissed. The Congress too dismissed the BJP’s claim and said those who joined the yatra stand for the cause.