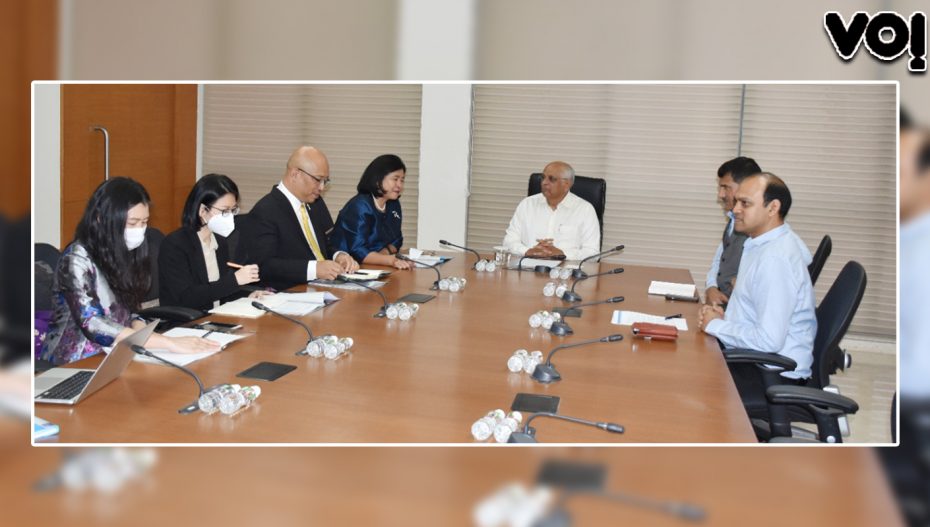 Ambassador of Thailand to India Pattarat Hongtong, along with her delegation, held a friendly meeting with Chief Minister Bhupendra Patel at Gandhinagar. The two leaders discussed possible trade deals in various areas including renewable energy, Ayush Ayurveda, Pharmaceuticals as well as E-vehicles.

Hongtong praised the Ayush center that was recently launched and said that Ayush and Ayurvedic treatment centers are very popular in Thailand. She also insisted that Thailand would be interested in working together with the Ayush center in Gandhinagar.

CM Patel also discussed possibility of cooperation in tourism sector and Thailand is one of the most sought out tourist destination. He said they could work together so as to promote tourism in Gujarat, which offers diverse activities to tourists.

Furthermore, CM Patel also mentioned the fact that Gujarat has become a destination of choice for investors from around the world due to its ecosystem of best infrastructure, connectivity and investor friendly policies.

Talking about the education sector, CM Patel noted that many young people from Thailand are likely to come to Gujarat for study and research under the Student Exchange Program at advanced institutes like Forensic Science University, Energy University and GCTM.

Hongtong spoke about how the two parties should sign a MoU, which will further strengthen relations with Gujarat in the field of trade and commerce. She said that about US $1.5 billion worth of products were exported from Gujarat to Thailand and FDI inflows from Thailand to Gujarat in recent years amounted to nearly $2.5 million. Also, Thailand’s engagement with Gujarat would give a new impetus to Thailand-India-Gujarat relations.

Hongtong also extended a heartfelt invitation to CM Patel to visit Thailand, while the latter suggested that the Ambassador and the Thai delegation visit the Statue of Unity.