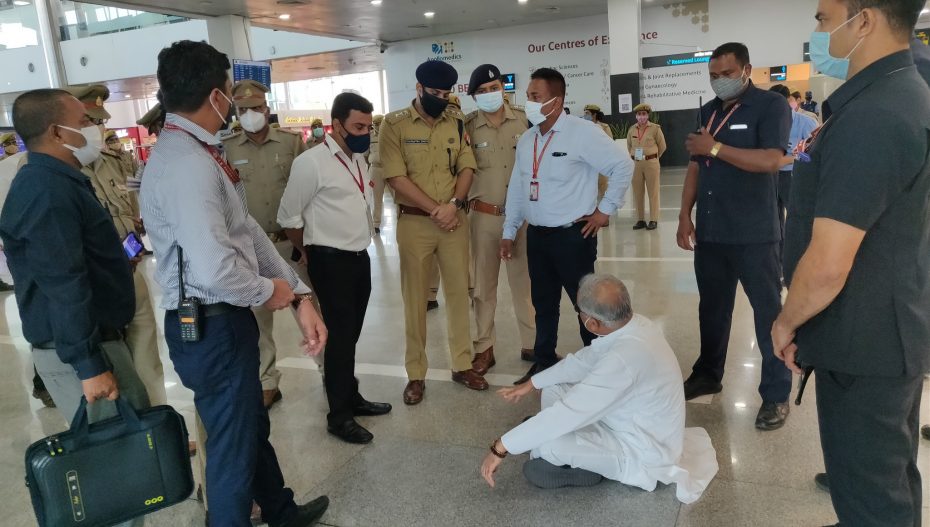 Chhattisgarh Chief Minister Bhupesh Baghel was prevented from coming out of Lucknow’s Chaudhary Charan Singh Airport on Tuesday when he arrived to visit the state Congress office and meet party leader Priyanka Gandhi Vadra. Due to this Baghel chose to sit on a dharna at the airport. He was not allowed to go to the Uttar Pradesh Congress office amid widespread protest over the Lakhimpur Kheri violence.

Eight people were killed Sunday as violence erupted during a farmers’ protest claiming the lives of both farmers and BJP workers ahead of a visit to Lakhimpur by Uttar Pradesh Deputy Chief Minister Keshav Prasad Maurya.

Baghel said he does not plan to go to Lakhimpur Kheri but to the Congress office where he was scheduled to address a press conference later in the day.

Additional Chief Secretary, Home, Awanish Kumar Awasthi said in a letter dated October 3 to the Airport Authority of India (AAI): “After the incident in Lakhimpur, the district magistrate has imposed prohibitory orders there to maintain law and order. It is requested that you should not allow Chhattisgarh CM and Punjab deputy CM at the CCS Airport in Lucknow.”