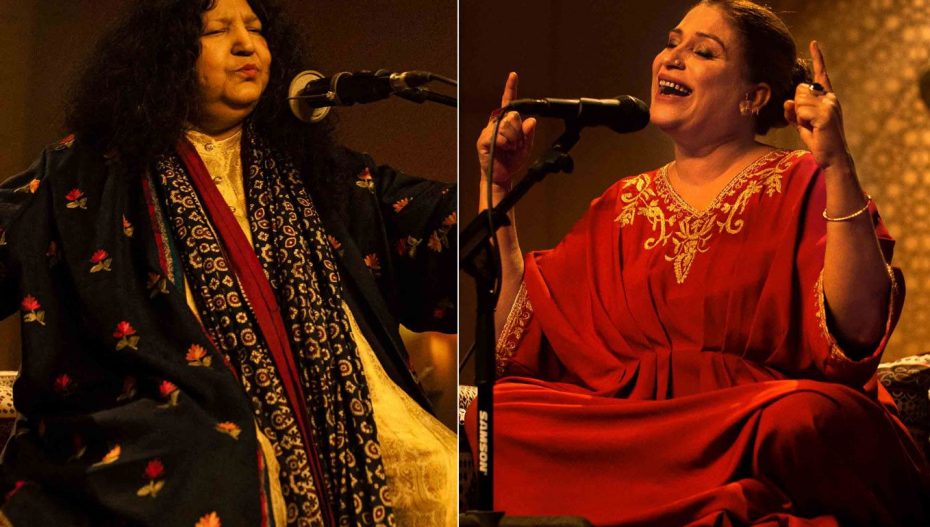 After hiatus of over a year, the iconic Coke Studio Pakistan has made a comeback with its fourteenth edition.

The series has premiered on Friday, January, 15,2022 on YouTube, and has already taken its fans on a musical frenzy ride. The viewers were seen gushing over the performances of veteran Sufi singer Abida Parveen and folk singer Naseebo Lal.

While the track has received a heap of praises on Pakistani social media, fans were equally interested in a meeting of the minds between Parveen and Lal, when the Sufi singer arrived on set to film the music video.

Lal and Parveen are seen greeting each other and embracing on set, in a video that went viral on Twitter. The two apparently are seen showing tremendous respect to each other for their respective crafts.

Twitter user Ghazi Taimoor pointed out, “Tu Jhoom speaks about humility and selflessness — and I’m in awe at how this interaction of Naseebo Laal and Abida Ji embodies the words of Tu Jhoom,”. Taimoor had also interviewed Lal prior to the shoot and spoke about how Lal had him “blushing”.

“To be respectful, you must have a respectful heart,” another user said, praising Lal for the amount of respect shown to the more experienced vocalist in Parveen.

The video clip is almost 6 and a half minutes long and represents the signature blending of styles that have come to define the Coke Studio series, “Tu Jhoom” has already garnered 1.2 million views on YouTube so far and is also available on streaming platforms like Spotify.

Journalist Aamnai Saini praising the video wrote, “Coke Studio hits refresh and takes off with vocal powerhouses Abida Parveen and Naseebo Lal in perfect sonic harmony. The implications of the lyrics of Tu Jhoom are far and wide and this is a perfect start to #CokeStudio14.”

“Listening and watching the first song from #cokestudio14 and I have nothing but love and appreciation for our music and our musicians! Coke studio is our export to the world. Cherish it, own it Pakistan,” a Twitter user Haroon Shahid said.