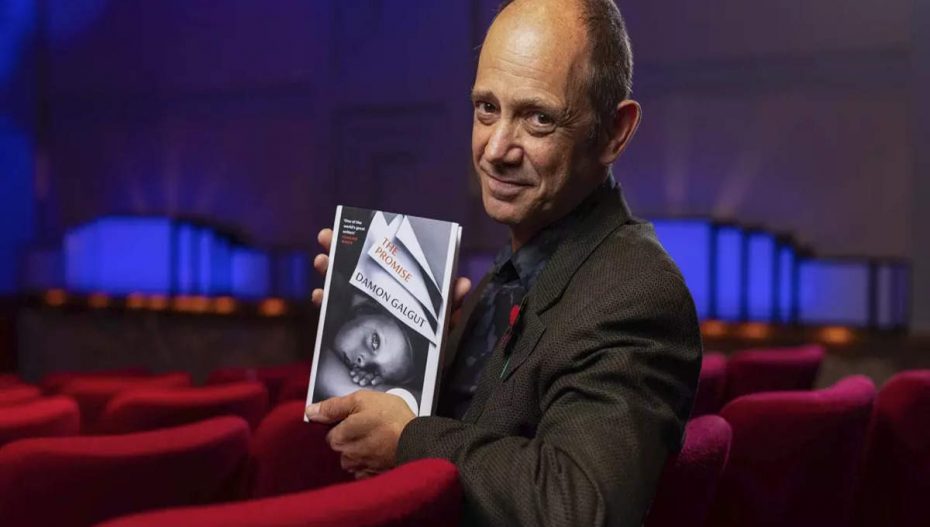 His third nomination proved the charm for South African author and playwright Damon Galgut, who was awarded the 2021 Booker Prize for Fiction for his novel The Promise. Galgut had made it to the Booker shortlist in 2003 for his novel The Good Doctor and in 2010 for his novel In A Strange Room.

In his acceptance speech at the award ceremony at the BBC Radio Theatre in London on Wednesday, the 58-year-old Capetown-based author said, “This has been a great year for African writing. I would like to accept this award on behalf of all the stories told and untold, the writers heard and unheard from this remarkable continent I am part of.”

Set in Pretoria, The Promise is about a white South African family that fails to keep its promise to give a home to a Black woman who has worked for them her whole life.

Galgut is gay and has stated that this leads him to focus on more male oriented relationships in his writing. He is a keen traveler and wrote much of The Good Doctor in a hotel in Goa. He writes his novels in long-hand with a Parker fountain pen and describes himself as “obsessed with yoga.”

The Booker Prize, considered to be the pre-eminent award for English-language fiction and one of the world’s most significant literary awards, comes with a cash award of 50,000 pound-sterling. The Promise has sold 8,844 copies since its release in April. That number is set to shoot up, now that it has won the Booker Prize. In India, the paperback edition of  The Promise is currently available at Rs 528 on Amazon, while the hardcover is priced at Rs 1,813. The Amazon Kindle edition sells for Rs 549. Going by past trends, the price may come down once the book goes into mass production.

The Booker judges change every year and always include at least one member  outside the literary community. This year’s panel of judges, chaired by Harvard historian Maya Jasanoff, included actor Natasha McElhone, former Archbishop of Canterbury Rowan Williams, novelist Chigozie Obioma and critic Horatia Harrod. “We arrived at a consensus around a book that is a real master of form, pushes the form in new ways and has an incredible fluidity of voice,” said Jasanoff.

The other names on this year’s Booker shortlist were Richard Power for Bewilderment, Patricia Lockwood for Nobody Is Talking About This, Maggie Shiptom for The Great Circle, Nadifa Mohammed for The Fortune Men and Anuk Arudpragasam for A Passage North.

Several authors of Indian origin have won the Booker Prize in the past, including Arundhati Roy, Salman Rushdie, Kiran Desai, Aravind Adiga and V.S. Naipaul.