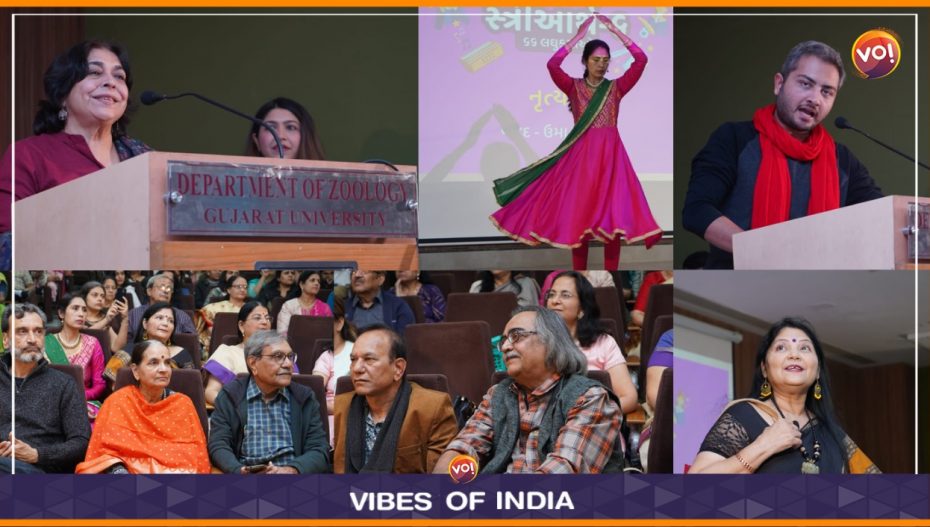 Adding to the repertoire of discerning Gujarati literature, now comes Striaarth. This compilation of Gujarati short stories was the sixth set in the series, taking the total number of short stories altogether to 284.

The book-excerpts reading was well punctuated with performances by Yamini Vyas who donned a character role, Pragya Vashi’s ghazal and author-speaks by Yamini Patel, Hina Dasa and Sejal Rathwa.

Speaking on the occasion, Thakkar underscored the need for social stability in the composition. As she put it: “Literature must work on fostering progressive ideas. Recognition for women cannot come without financial help. We thank the Gujarati Lekhak Mandal for taking a step forward in this direction.”

Among writers featured in the new publication stands Dr Rishi Taylor who shared how his work takes-off because of some thought-stirring interaction with his patients.

While Nimisha Majmudar and Uma Parmar dwelt on the need for imagination being a key ingredient in story-telling, writer Sejal Rathwa shared on her pieces being from “grassroots.” A tribal herself, she is known to pen issues and emotions that arise from nature-dominated lives.

Summing up, stated Shashikala Dhandhukia: “The voice of the woman in me is expressed when I write.”

Calmness is in Chaos