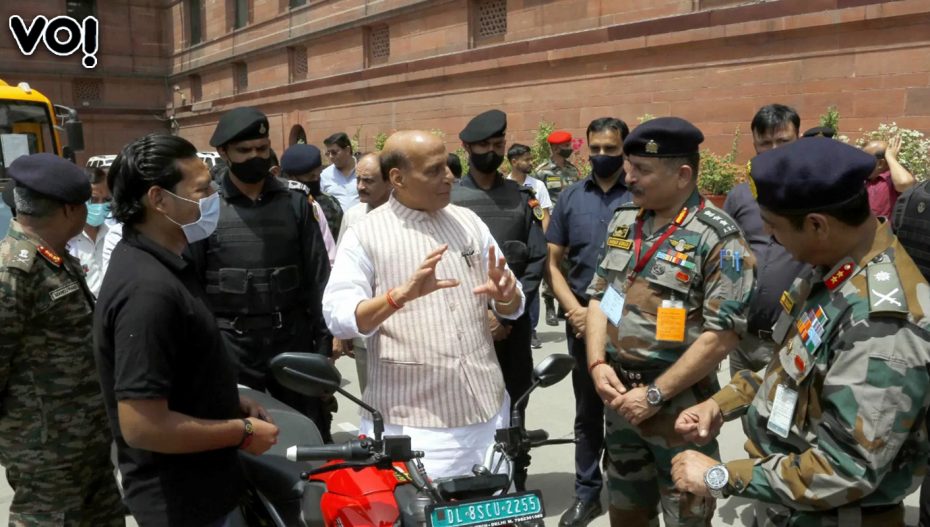 The demonstration had as goal bringing to the notice of the top brass in the defence establishment, the enhancement in technology and range of operation achieved during the past few years and the induction of the e-vehicles in the Indian Army.

Lieutenant General Manoj Kumar Singh Yadav briefed the Army chief, commanders and senior army officers about the planned introduction of EVs during the Army Commanders’ meeting based on the finalised recommendations by the board of officers.

Defence Minister Rajnath Singh was found appreciative has appreciated the Indian Army’s initiative to induct EVs and reduce dependency on fossil fuels. Earlier, the Chief of Army Staff had directed a board of officers with Director General of Supplies & Transport (DGST) Lieutenant General Manoj Kumar Singh Yadav as the Presiding Officer to formulate a definite time bound road map for the introduction of EVs in three categories- cars, buses and motorcycles. in the Indian Army.

As Gujarat Prepares To Host Asia's Largest Defence Exhibition, Do...

Court of Inquiry on Chopper Crash Will Be Thorough Process: IAF C...