Even In Death Heena Couldn’t Find Peace. See How Her Dead Body was Brought to Ahmedabad… 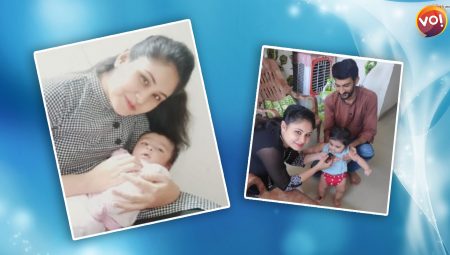 Abandoned child Shivansh’s mother was buried in Khoja Jamat cemetery on Monday night. Her dead body was brought to Ahmedabad from Vadodara as her parents stay in Juhapura but it seems she couldn’t find peace even after death. There was initial hesitation from the community members in burning Heena at the cemetery.

Sources say, Heena, a Muslim was in a live-in relationship with Sachin Dixit, a Hindu married man from Gandhinagar. Her community raised their concerns about this relationship. Eventually, she was buried in Khoja Jamat Cemetery at Juhapura Vishala. Her decomposed body was later found from her flat in Vadodara. The body has been buried after the postmortem.

In the statewide Heena murder case, Police today took the accused husband Sachin to his home in Bopal for interrogating.

Meanwhile, police have found some important clues including two mobile phones from his house. It is suspected that the mobile phone belonged to Heena. There is a strong possibility that this mobile will help the police in their investigation. DYSP MK Rana told in a press conference in Gandhinagar that a Special Investigation Team (SIT) of three PIs has been set up in the Heena murder case. The team today took Sachin to Bopal Dhuma Flat where Heena lived for investigation.

He said the investigation of the abandoned child found near Pethapur in Gandhinagar was still ongoing and their team is investigating Heena’s mother and aunt. The mobiles of Sachin and Heena have also been seized. Once the investigation in Ahmedabad is completed, they will be taken to Vadodara.