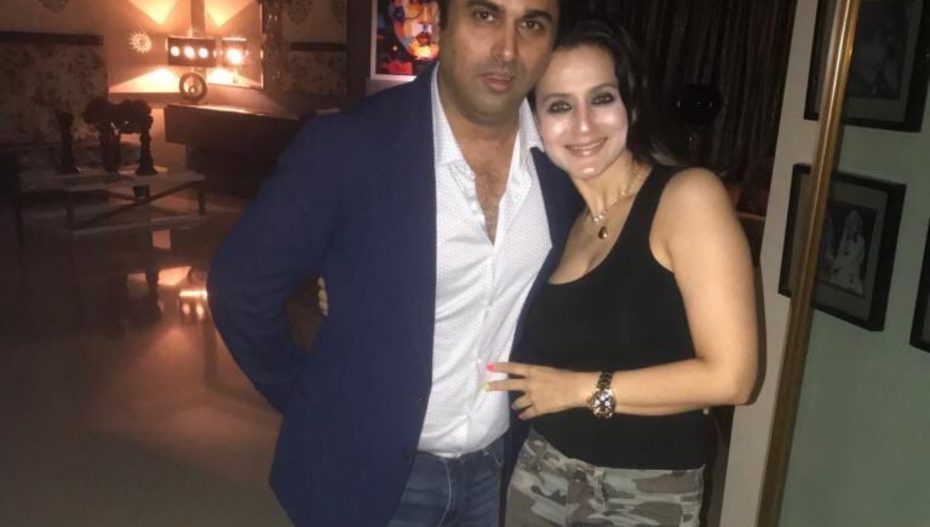 Bollywood actress Ameesha Patel who began her career in the right manner with the super hit Kaho na Pyar hai but later reduced herself to a C grader first congratulated Faisal Patel on his birthday. Patel, 46 wrote, “ Happy b’day my darling @mfaisalpatel love uuuuu … have a super awesome year.’’

Faisal reciprocated to her multiple hearts and love by replying, ” Thanku (sic)Ameesha Patel. I’m formally proposing in public. Will you marry me? “.

Both of them had these exchanges from their official Twitter handles.

Who is Faisal Patel?

Faisal, 41, is a son of late senior Congress leader Ahmed Patel. He is the Chief Executive Officer of HMP Foundation and Aria Analytics, Inc. He was married to Zainab Nedou Patel, who died on June 7, 2016 after a prolonged illness. Faisal has a daughter too.

Who is Ameesha Patel?

Ameesha, 46, is an Indian actress and model who predominantly appears in Bollywood films and has made a few appearances in Telugu films.

On the work front, Ameesha Patel will be seen in Sunny Deol’s period drama Gadar 2. She will be reprising her role of Sakina. Directed by Anil Sharma, Gadar 2 will release in 2022.

Ameesha’s name has been on the forefront in several controversies involving Bollywood and her family. In 2006, an Air India employee had filed a police complaint alleging that she had misbehaved with her after her companion was not upgraded to first class on a Mumbai-New York flight.

She has often made headlines for personal issues like the time her parents disowned and she sent a legal notice to her father for mismanaging her accounts amounting to Rs 12 crores and demanded her money back.