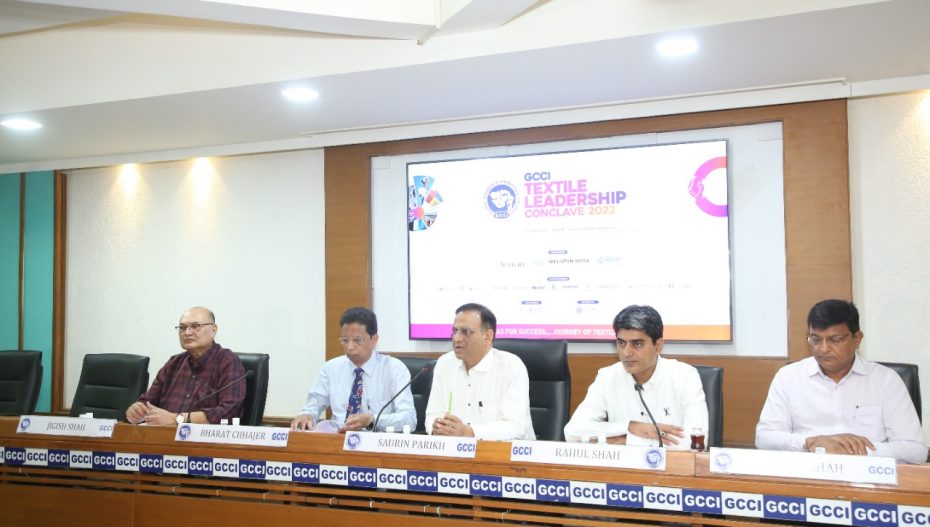 Leaders of a little over two dozen leading national and regional textile associations are assembling in Ahmedabad on Saturday for a leadership conclave organised by GCCI.

The event will be held in Shree Shakti Convention Centre near Vaishnodevi Circle.

The textile taskforce of the Gujarat Chamber of Commerce has organised this conclave where senior representatives of textile associations will interact with Darshana Jardosh, Union Minister of State for Textiles, Jagdish Panchal, Minister of Industries, Gujarat besides Textile Commissioner, Roop Rashi Mahapatra, Government of India, and Dr Rahul Gupta, Industries Commissioner

The purpose of this interaction is to hold a meaningful dialogue between the government and industry to discuss on current affairs / FTA / growth plan for textile industry and to suggest and identify productive methods to give textiles a boost.

A team of the GCCI has relied on inputs from regional and national associations to prepare a presentation for ministers and government representatives.

The GCCI’s Textile interactive meet is a regular initiative that brings together several national and regional groups on one platform. By doing so, it gives a consolidated set of thoughts and recommendations to the government.