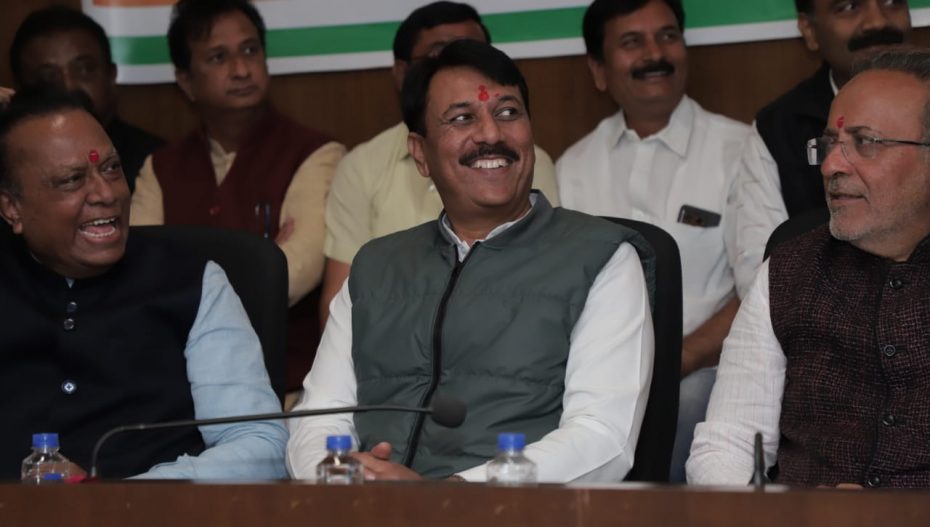 Amit Chavda, an elected MLA for Anklav, assumed leadership of the Legislature party after the Congress party suffered a humiliating loss in the Gujarat Assembly elections.

Shailesh Parmar, the Dalit leader elected from Danilimda, also took over as his deputy. Supporters and employees of the Congress were present. While 4 out of the 17 Congress MLAs were not present. Five-term MLA Chavda In a by-election for Borsad in 2004, Chavda won his maiden assembly seat, filling the seat left vacant by his family brother Bharatsinh Solanki, who defeated him for the Lok Sabha seat and went on to become a minister in the UPA government.

In the general elections of 2007, Chavda won the Borsad seat once more. He then moved to his hometown of Anklav, where he has been successful since 2012. The Congress General Secretary, KC Venugopal, announced on January 16 that Amit Chavda and Shailesh Parmar would serve as the head and deputy head of the 17-member Congress Legislature Party, which will be the smallest group of Congress legislators in the Gujarat Assembly since the first election in 1962.

Assembly Speaker Shankar Chaudhary has not yet made a decision about the Congress’ request for opposition status in the Assembly. Congress has fewer MLAs than the 10% needed to qualify as an opposition party. The incumbent BJP won 156 of the 182 seats up for election in the legislature in December 2022, followed by the Congress with 17, the Aam Aadmi Party with 5, and three independent candidates.

Following the defeat of the Congress in the 2021 local body polls, Chavda and the then LoP Paresh Dhanani resigned taking moral responsibility. Gujarat Congress chief Jagdish Thakor, former opposition leader and Porbandar MLA Arjun Modhwadia, including party leaders and MLAs were present during the program in the assembly’s fourth-floor auditorium.