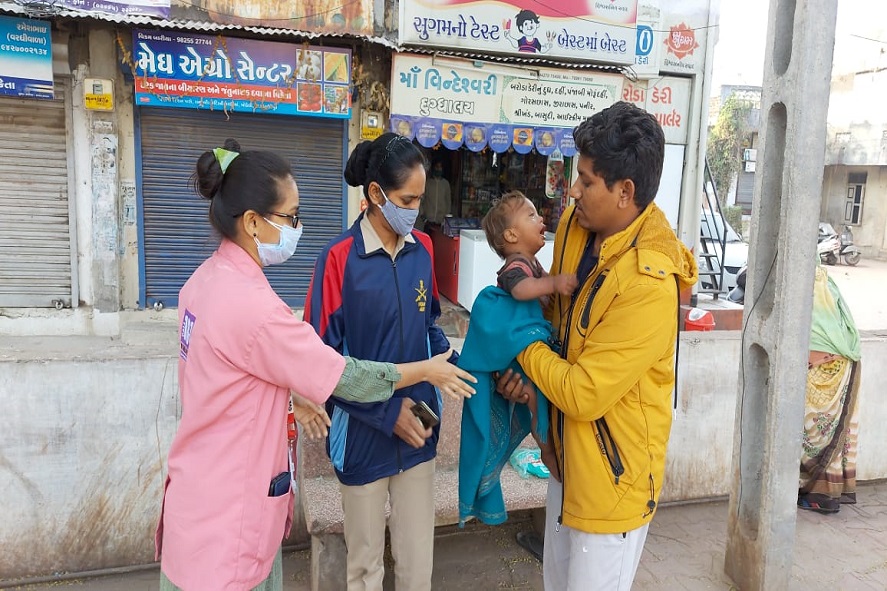 The incident of a father Vishal abandoning his one-year-old son Mahek at Bodeli Bus depot has caused a stir among the people of Bodeli town of Chhota Udepur.

At about 8 pm, shivering in the cold, the kid was found asleep at the sidewalk of the bus depot by some locals and passengers. While her father Vishal belonging to a tribal family was found asleep with three blankets. The passengers took the kid and accompanied him throughout the night after which he was taken to the police station in the morning.

The police found the father of the child in the afternoon – they made an offer to take the mother of the child and hand over the child to the parents in Dhariyakanta village near Shivrajpur in Panchmahal district.

For the last six months, the wife was living without Vishal Nayak (father of the child) for some inexplicable reason. Reportedly, the tribal couple also has a one-year-old child.

Around 10-30 pm, a young Rohit Patel from Rajkot who runs Shree Hari Construction Company and Shivshakti Yuvak Mandal activist Kunj Panchal from Chandrajyoti Sosa, Alipura and his friends found the baby’s father covered with three blankets and the shivering baby.

According to the youths, the father of the child was drunk. He fled leaving his one-year-old innocent son Mehul alone on the sidewalk at 3:30 pm for some inexplicable reason. A few passengers and some locals then came to aid. They rode around the area on bikes to find his father. However, no trace of Vishal was found. Meanwhile, the locals arranged for milk, blankets, etc. for the kid, and kept looking for Vishal. He also reported the incident to Malask Bodeli police after which the kid was brought to the police station at 8 am and was assigned to be sent to a children’s home.

181 Women’s helpline Abhayam came to fulfil their duty and took the kid in their car to the Children’s Home. For their quick action, the team was lauded in the district.