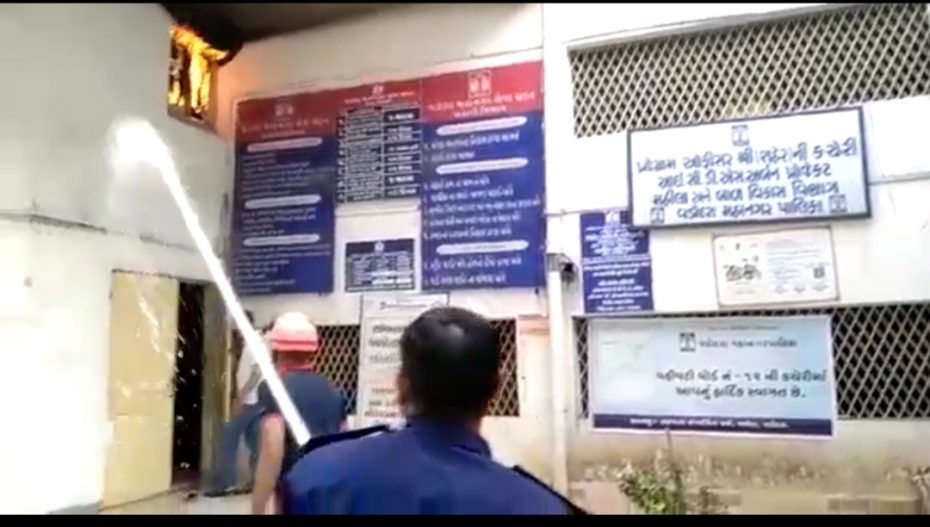 A major fire broke out at Vadodara Municipal Corporation early on Saturday, no injuries were reported but it is believed that the documents and the electronic appliance even the furniture were burnt the reason still remains unknown.

Documents including the files of the logistic meeting at the office as well as the furniture were burnt to ashes after fire broke out in the first floor of ward 12 office of Vadodara Municipal Corporation situated near Akota garden early morning on Saturday. Fire brigade rushed to the spot and douse the fire before it spread further. However a major tragedy was averted due to the Second Saturday holiday.

As per details the office of old ward number 6 of Vadodara Mahanagar Seva Sadan is located near Akota Garden which became Ward no.12 following the recent changes in ward offices. On Saturday a fire was reported on the first floor of the ward office and fire brigade was called upon by the locals. However documents, furniture and electronic items were burnt before the team rushed to the spot and control the situation. The reason was unknown but primarily it is believed that the fire was caused by a short circuit.

Ward officer and other officials rushed to the spot after the incident along with the locals of nearby areas. However a major tragedy was averted due to the Second Saturday holiday.