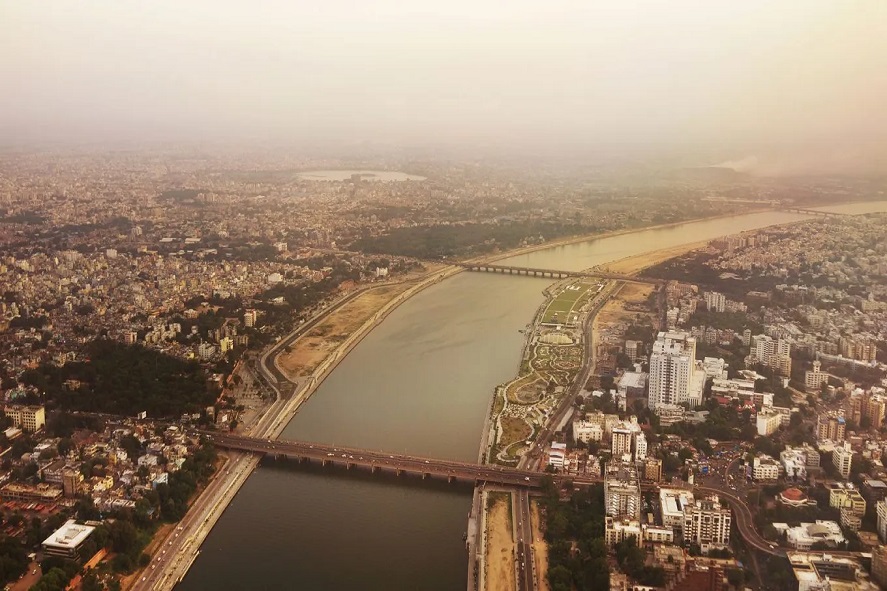 The route to Ahmedabad airport is to become shorter and smoother as the Ahmedabad Municipal Corporation has planned a barrage-cum-bridge from the Sabarmati powerhouse to Camp Sardar Bazaar. This bridge would connect the western flanks of Ahmedabad with the airport.

The bridge has been planned under phase-2 of the Sabarmati Riverfront project by the Sabarmati Riverfront Development Corporation Ltd (SRFDCL) and its estimated cost is Rs 225 crore. It will be built diagonally across the river
after the tender for the project would be issued. Presently, the design of the project is underway after which it will be sent for clearance to the state government.

The bridge will have two benefits – it will reduce the commute time to the airport and the barrage will be used to store water for supply to the city.