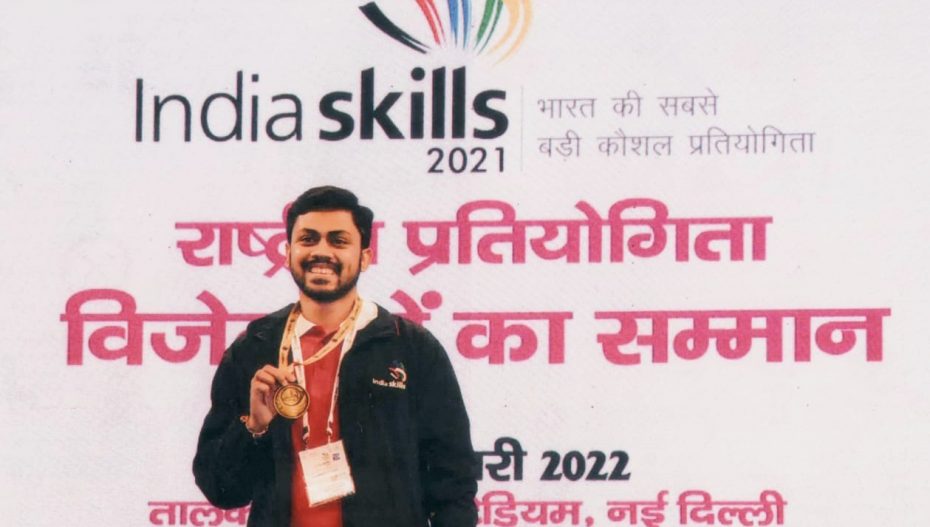 Having won the recently-concluded IndiaSkills National Competition 2021, CEPT University students Keval Solanki and Maulik Poriya are now set for higher goals. Both belong to the Faculty of Technology and participated in the Digital Construction Skill segment held from January 6 to 10. The event was organised by the National Skill Development Corporation (NSDC), under the aegis of the Ministry of Skill Development and Entrepreneurship (MSDE).

While Keval won the gold distinction, Maulik bagged the medallion for excellence. IndiaSkills National Competition is the nation’s final contest for participants coming through the district, state and regional level rounds of the competition.

Gold medal winner Keval Solanki along with the Indian contingent team will be representing the country at WorldSkills International Shanghai 2022. This competition offers a platform for young people to showcase their talents at national and international levels.

More than 54 skills are included in the IndiaSkills Competition which has the potential to reach the grassroots level and make an impact with participants from 30 states and Union Territories. NSDC has been leading India’s participation at the WorldSkills International competitions since 2011.

WorldSkills International is organized once every two years for participants from 85 countries. This year, the event is scheduled to take place at Shanghai in October. The gold medallist from each of the skills of national competition gets a ticket to WorldSkills competition to compete with national winners from across the world.