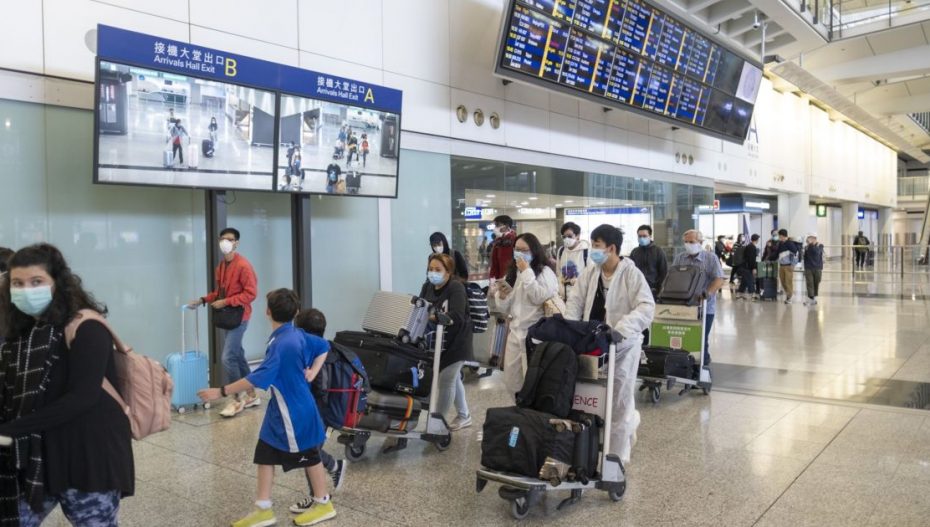 Starting from February 5, Hong Kong is set to cut the quarantine period for arriving travelers to 14 days from 21, said leader Carrie Lam on Thursday. The move is followed by intense lobbying from finance executives and diplomats who said the measure was hurting competitiveness.

The emergence of the highly transmissible Omicron variant saw the city increase its travel restrictions in December- slamming borders shut to arrivals from eight countries and banning transit passengers from more than 150 destinations.

Residents returning from more than 160 countries have been required to quarantine themselves for 21 days in designated hotels, will now have to spend 14 days in a hotel, followed by seven days of self-monitoring and with further details to be announced.

“It is not because of pressure from anybody. It’s just because of science…that Omicron has a relatively short incubation period,” she told a news briefing, adding that the measure was still unlikely to satisfy the business community.

Schools, playgrounds, gyms and most venues are shut, while tens of thousands of people must do daily coronavirus tests. Lam said citywide restrictions would be extended until February 17 from a previous date of February 4. Schools will not resume offline classes until February 21.

The ban on people arriving from eight countries- Australia, Canada, France, India, Pakistan, the Philippines, the United States- will continue for another two weeks, to February 18

Hong Kong on Thursday recorded 164 confirmed positive cases- the highest daily figure since the pandemic began. However, only 116 of the total cases were local.