Idols stolen from a Jain temple in Paldi found: Thief on the run 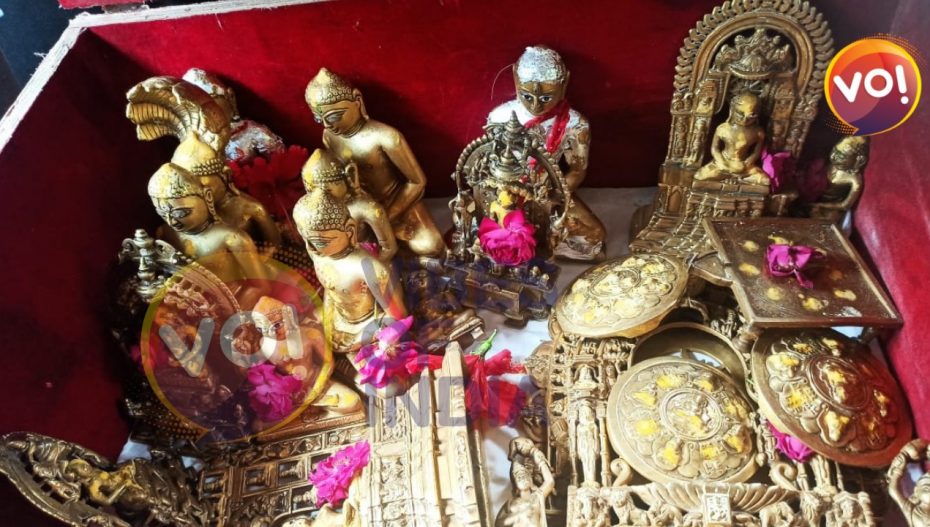 On Thursday, July 15, morning, locals found that about 19 idols made of five metal alloys of sacred significance, six crowns of the deity, and six necklaces, were stolen from the Chandra Maulesh Temple located in Paldi, Ahmedabad. The priest of the temple then registered an FIR with the Paldi police station.
Inspector JM Solanki of Paldi police station said, “While going through the CCTV footage from the cameras installed inside the temple, we spotted a man stealing the ornaments.”

“We then showed the CCTV footage to the locals who identified the person. We sent a team to the suspect’s house. However, we could not find him there. But during the search operation, we found 17 idols hidden at an isolated place in a society located behind the temple. The efforts are going on to trace the thief,” added JM Solanki.