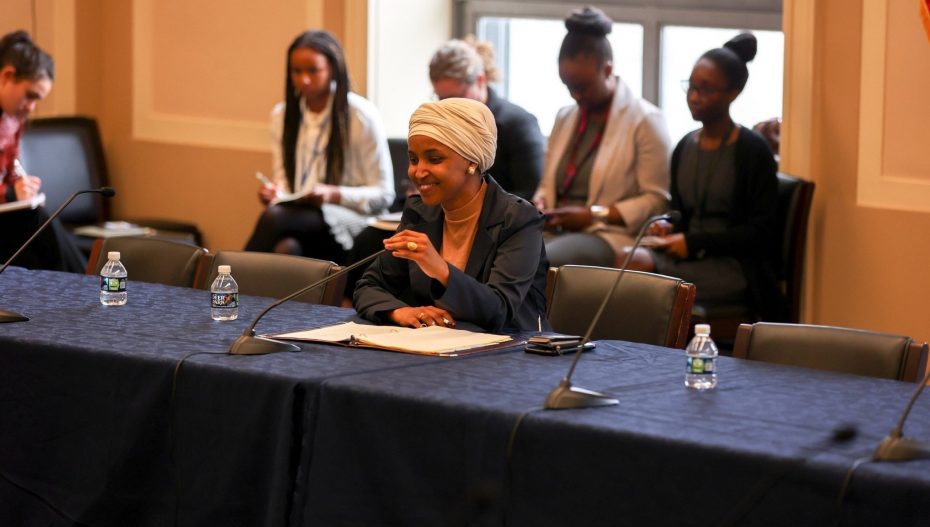 While India’s “diplomatic” stand on the Russian aggression in Ukraine has been “called out” by the US, India minced no words in strictly condemning visit of US Congresswoman Ilhan Omar to Pakistan-occupied-Kashmir (PoK).

The MEA, on Thursday said the visit reflected “narrow-minded” politics. Omar, who is on a four-day visit to Pakistan, also met Imran Khan at his residence. She is the first American lawmaker to visit Pakistan after the Khan’s ouster as Prime Minister of the country.

“We have noted that she has visited a part of the Indian Union Territory of Jammu and Kashmir that is currently illegally occupied by Pakistan. Let me just say that if a politician wishes to practise narrow-minded politics, it is her business,’’ said Ministry of External Affairs spokesperson Arindam Bagchi. “But violating our territorial integrity and sovereignty makes this condemnable,’’ Bagchi added.

The MEA also cleared the air on reports that suggested that a Japanese aircraft carrying humanitarian aid for Ukraine was denied permission to land in India. “Japan has received permission to overfly or land in Mumbai where the UNHCR has a depot for providing products under humanitarian aid. They are also permitted to take a commercial flight from Mumbai,’’ MEA said.

To another query on recent terror attacks in Afghanistan, Bagchi said India has been looking at the developments in that country.