India Gets Into Poll Mode: Assembly Elections From Feb 10 In 5 States, Counting On March 10 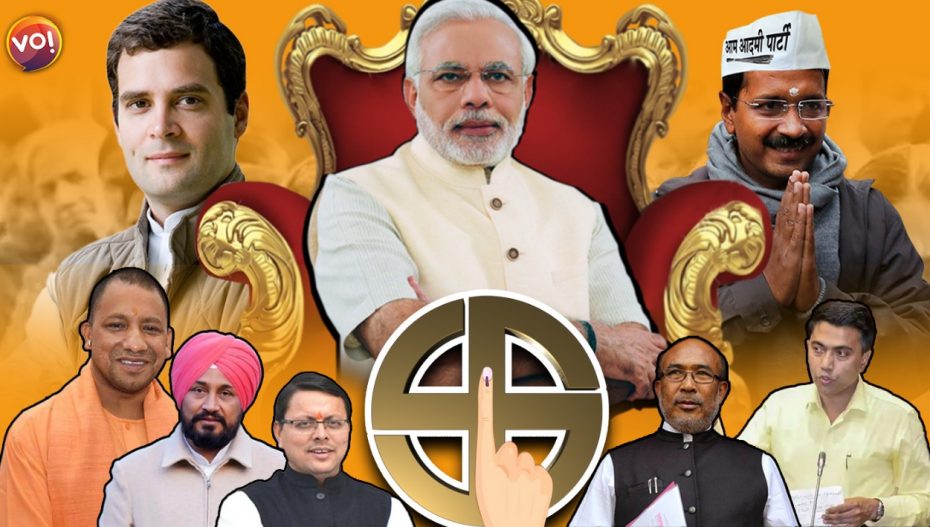 Elections in Uttar Pradesh, Punjab, Goa, Manipur, and Uttarakhand will begin from Feb 10. The Election Commission here on Saturday afternoon said  “Our idea is to conduct elections in a way that helps both the voter and the candidates. This year the ratio of female votes has increased substantially in all five states. There are 8.55 crore female votes. Women officers will be present at all polling booths for the safety of women voters. IAS and IPS will be deployed as observers at voting centres.”

“Masks, gloves and wash rooms will be available in all polling stations. EC will come at your door steps to help you vote, if you are ill or are compelled to avoid outdoor visit. All election commission officers will be considered front line workers. Everyone on poll duty will get a booster dose. The officials will be sanitized.” adds Sushil Chandra, EC Chief.

No roadshows, No Public rallies

“No physical public rallies, no padayatra, no roadshow, will be allowed till Jan 15. This is for every political party. No victory procession will be allowed. We emphasise on virtual rallies. Legal actions will be taken against anyone violating these rules.”

Everyone has their eyes on UP. Elections will be held in this biggest state of India from Feb 10.

Elections in UP will be held in seven phases. Uttar Pradesh to go to poll in 7 phases from February 10 to March 7. Uttar Pradesh that has Yogi Adityanath as the chief minister will vote in Phase 1 and Phase 3.

In UP, there are 1,74,351 polling booths at present. The number of voters allowed to vote in a single polling booth has been limited to 1,200 from 1,500 due to the surge in Covid cases.

Punjab, Uttarakhand and Goa to vote on February 14 and Manipur to vote on February 2 and March 3. In Punjab the Congress is battling to retain power after a leadership crisis triggered by the spat between Navjot Sidhu and ex-Chief Minister Amarinder Singh, who quit his post and the party last year to set up the Punjab Lok Congress and ally with the BJP. Charanjit Singh Channi is the current CM.

Elections in Goa will be held from Feb 14. The current chief minister is Pramod Sawant. In Goa the BJP is facing anti-incumbency and challenges from the AAP and the Trinamool Congress, in addition to the Congress.

Elections will be held from Feb 14 .The Congress and the AAP will challenge the BJP in Goa and Uttarakhand too, where the ruling party last year was forced to change chief ministers twice in less than six months. The State gas BJP chief minister Pushkar Singh Dhami.

Manipur to vote on February 2 and March 3 The current chief minister is N. Biren Singh. In this State the Congress earlier won 28 seats in the 60-member Assembly, but the BJP formed the government after support from three regional parties.

Earlier, top officials from the Election Commission and the Health Ministry also met in Delhi to discuss polling and the Covid situation. Officials met to discuss other measures, including extending voting times by an hour and setting up extra polling booths in UP.

In December, 2021 the Allahabad High Court in UP had asked the Election Commission and Prime Minister Narendra Modi to defer polls by a couple of months in light of the Omicron threat. The state has since banned all election rallies till January 16.