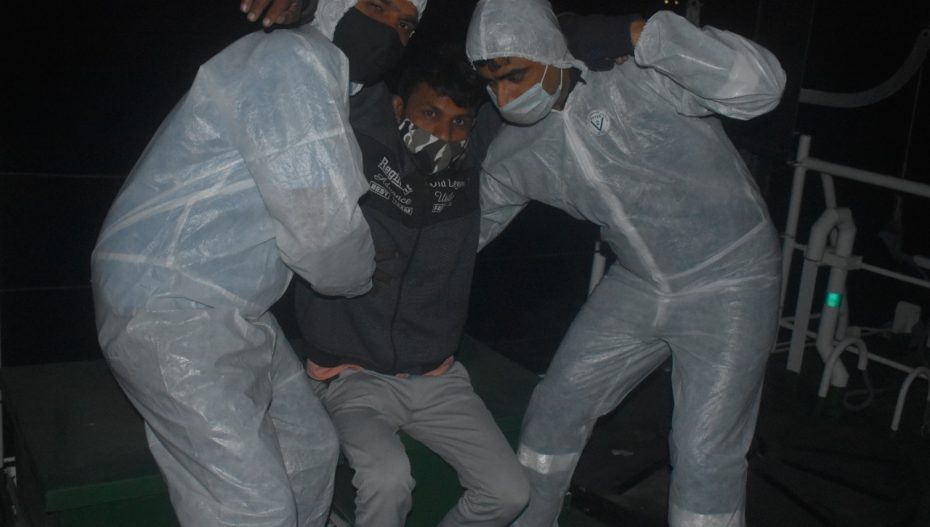 The Indian Coast Guards on Friday night rescued a fisherman near the waters of the Porbandar coast. An Indian Coast Guard Ship C-161 intercepted a distress call whilst on operational deployment and regular petrol during the night hours of 28 Jan 2022. The distress call was from Indian Fishing Boat ‘Diksha’ regarding severe respiratory distress to the tandem of IFB at about 21:30 hrs in the night. C-161 was then immediately diverted by Coast Guard District HQ at Porbandar for medical evacuation.

The Indian Coast Guard Ship C-161 not only evacuated the distressed patient but also provided him first aid and succour during passage and brought the patient to Porbandar harbour at 22:15 hrs. The quick response by ICG Interceptor Boat (IB) under the command of Assistant Commandant Karthikeyan resulted in timely assistance and evacuation for the patient as a result of which his life could be saved. The patient is reportedly said to be in a stable condition