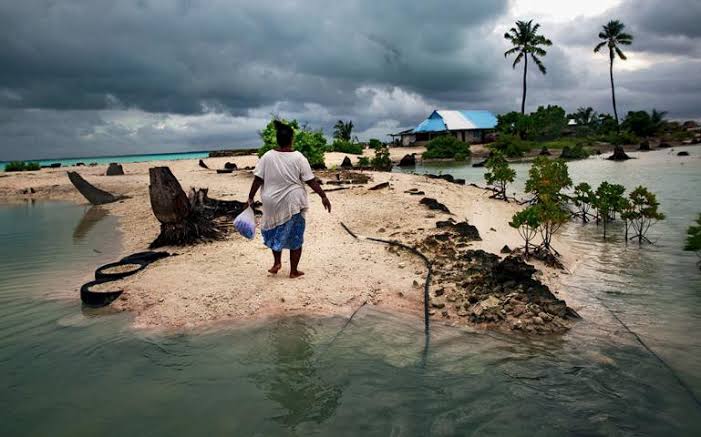 The island of Kiribati which had continued to maintain its tag as the Covid-free island throughout the pandemic was unable to maintain the status when two-thirds of passengers of the first flight landed there tested positive.

Kiribati has reopened its borders on January 10, after being covid-19-free and now the nation is willing to implement a four-day lockdown starting Monday.

A Fiji Airways aircraft from Fiji to South Tarawa, Kiribati’s capital was the first plane to land after the reopening of borders. When tested on-board, the results revealed 36 passengers of 54 to be Covid positive following which the island nation implemented a two-week curfew and other health measures like mask mandate, social isolation and immunization pass for travel outside of Tarawa.

The incident has stirred up questions concerning the spread of the virus among the passengers who reportedly, were under quarantine two weeks prior to the journey. They were permitted to board the plane only after the approval of their examinations.

Kiribati’s government declared last month that 93.4 per cent of the population aged 18 and over have received their first dose of COVID-19 vaccination. While only 53.1 per cent had received a second dose.

Equitable Distribution Of Covid Vaccines Across World Must For Ev...