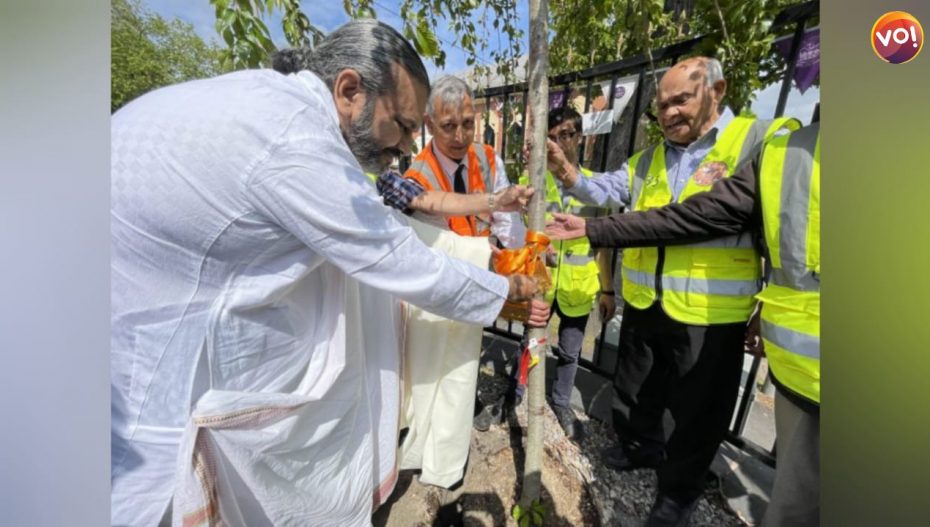 To commemorate Her Majesty’s Platinum Jubilee (2022-2023), the “Queen’s Green Canopy (QGC)” has been created by a group of forest industry professionals, with Prince Charles as the patron. The drive invites people from across the United Kingdom to “Plant a Tree for the Jubilee.”

Taking part in the same, the Jalaram Mandir Trust in Leicester, and the Hanuman Sevak Group organized a tree-planting drive on Sunday, May 8. At its core, the effort is aimed at preserving Mother Earth and working towards a sustainable ecosystem.

Tagging the campaign as an “expression of optimism and faith for the future,” spiritual leader Dwakeshlalji Mahodayshri, travelled from India to preside over the ceremony. In all, 14 trees were planted, including one dedicated to Simon Cole, the former chief constable of Leicestershire Police.

Trust members stressed on the need to preserve Mother Earth’s green cover. “Trees are our only hope in battling the impending doom of global warming. It is heartening that so many organizations and individuals have consented to participate in the tree planting event. In Hindu faith, forests are seen as abodes of sages and deities,” added the spiritual head.

As well as inviting the planting of new trees, QGC will dedicate a network of 70 Ancient Woodlands across the United Kingdom and identify 70 Ancient Trees to celebrate Her Majesty’s 70 years of service.

Read Also: Politicking In The World Of Science