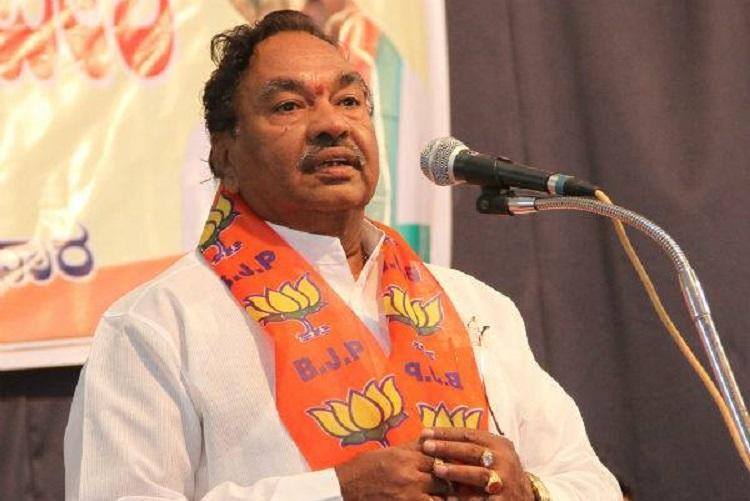 Karnataka Rural Development Minister K S Eshwarappa has finally announced that he would resign from the State Cabinet. It is “to prevent embarrassment to the BJP”, he clarified. Opposition was asking for his resignation ever since his name appeared as an accused in a case registered over the death of a civil contractor.

A contractor, Santhosh Patil (40) suspected to have died by consuming poison in Udupi had accused the minister and his associates of demanding a commission of 40 per cent for releasing payments for road work worth Rs 4 crore.

Before his death, the contractor had sent messages to journalists and friends that Eshwarappa be held accountable for his death.

Pubic figures resigning over accusations is not the BJP style of functioning. It is rare that a person accused of wrongdoing is made to resign. Normally, BJP prefers to brazen it out. In this context, the resignation of Eshwarappa gains importance. Chief Minister Bommai said that the decision was taken after “a lot of consideration” while maintaining that there is no pressure from the party high command for the resignation.

A hard-core RSS man Eshwarappa is a veteran leader of the Karnataka BJP. He is known to be enjoying the backing of the BJP central leadership thanks to his usefulness as an OBC leader from the Kuruba community. He was used as a counterweight to Lingayat leader and ex-Chief Minister B S Yediyurappa’s stronghold over the party.

The Minister had earlier denied having known the contractor. He had gone to the extent of filing a defamation case against the contractor on the 14th of March. Eshwarappa was defiant against suggestions of resigning in the beginning. He had to relent ultimately in view of the growing public outrage over the incident.

The Opposition Congress and JD (S) sought Eshwarappa’s immediate dismissal from the Cabinet and his arrest. Congress workers held demonstrations in front of Chief Minister Bommai’s residence and decided to hold a night-long protest.

Congress state president D K Shivakumar said the resignation is “a victory for the people of the state”, demanding the arrest of the minister, a case to be registered under the Prevention of Corruption Act, and a judicial inquiry be conducted into the matter.