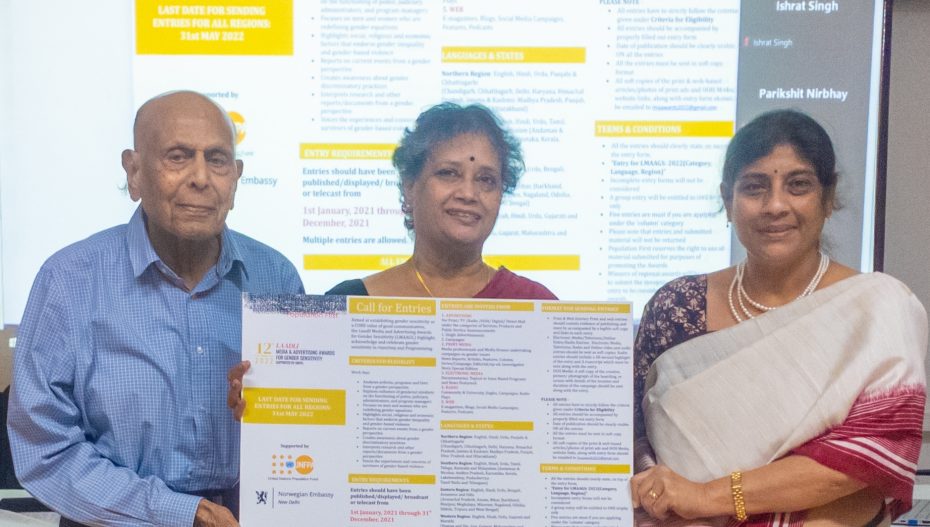 Media is an integral part of any free society, where it has the power to impact the perspective of the people over any incident. However, it is not wrong to say that with this power comes the mammoth responsibility of being honest and painting the correct picture of any situation. A slight error in reporting can lead to misinformation.

In a country like India that has thousands of news agencies in various languages even, it is important to examine how a certain incident is being reported. This is especially true when it comes to coverage of sensitive incidents like rape and assault cases.

Laadli Media Advocacy Initiative of Population First does just that. It gauges the way certain rape incidents have been handled by different publications and notes areas of improvement. Recently, the initiative announced the 12th edition of Laadli Media and Advertising Awards for Gender Sensitivity and invited entries from all over India for the same. The entries must be dated between January 1 and December 31, 2021. Last date to submit entries is May 31.  Journalists from print, digital and electronic media, advertising professionals, and content creators for social media, blogs, and other web-based publications can apply for these awards, no matter the language of communication.

LMAAGS have become synonymous with gender sensitivity and inclusivity. These awards highlight, acknowledge, and celebrate the commendable efforts of various media in analyzing programs, policies, social trends, and behaviors from a gender perspective. The initiative is supported by UNFPA, India, and the Royal Norwegian Embassy in New Delhi.

A third-party study has found that 81% of the respondents viewed these awards as extremely important to their careers. More than 90% percent of these felt that they were able to bring about change in their immediate environment. Noting this study, Dr. A.L. Sharada, Director of Population First, said, “It is very encouraging to know that the awards are having a positive impact on individual journalists as well as the industry as a whole. We keep expanding our reach, even more, each year.”

It is a noteworthy accomplishment that these awards are getting more and more entries every year. The organization receives entries from not just cities but also from smallest of villages. Last year nearly 1100 entries were received despite the nation being in the middle of a crippling pandemic. Entries were received in 10 languages from across the country.