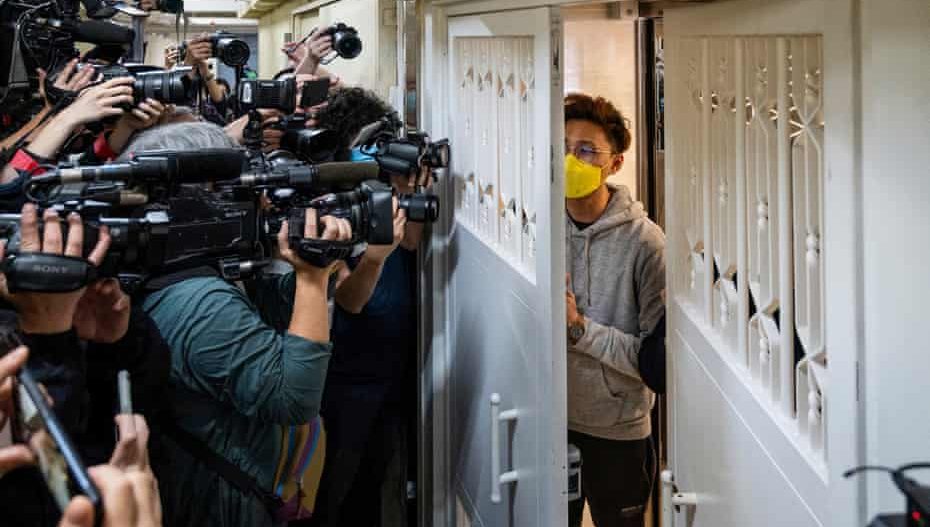 Newsroom closures and exodus from territory are results of the ‘draconian’ national security law introduced in 2020. As the last news programme came to a close and anchors bade farewell to their online audience on January 3, Chris Yeung, the founder and chief writer of Citizen News, gathered together his staff and tried to strike an optimistic tone. “Remember our very best memories,” he said, dressed in a blue shirt with sleeves rolled up and a crimson jumper draped on his shoulders. “No one knows what will happen next. Don’t worry. Just remember the happy things.”

It was also the day when 90 pro-establishment legislators were sworn in. The previous evening, the independent Chinese-language news outlet of five years said it was closing. It justified the decision citing a deteriorating media environment and concerns for the safety of its staff.

It was a painful decision for Yeung and his editor-in-chief, Daisy Li, to make. “If I am no longer confident enough to guide and lead my reporters, I must be responsible,” Li said last week. “Can we work on some ‘safe news’? I don’t even know what is ‘safe news’.”

She added: “What has changed is not us but the exterior, objective environment.” On January 4, another outlet, Mad Dog Daily, followed suit

and halted operations together with Citizen News.

The latest developments came as no surprise to those who follow recent events in Hong Kong’s once-freewheeling media industry. An exodus of journalists and editors from the territory’s much-acclaimed news outlets, such as Cable TV and its public broadcaster, RTHK, in the last couple of years have alarmed free speech campaigners in the city and beyond.

Barely a week ago, another Chinese-language outlet, Stand News, was forced to close after 200 police officers raided its office and detained seven current and former employees. Two former senior editors were charged with conspiring to publish seditious materials and denied bail.

The Stand News arrests came a day after Jimmy Lai, the former owner of the popular tabloid Apple Daily, and six of its former journalists were given new charges of “conspiracy to print, publish, sell, offer for sale, distribute, display and/or reproduce seditious publications”. Last June, the newspaper was forced to close. State media in Beijing called the newspaper a “rotten apple that plagued Hong Kong for 20 years”. Amnesty International said it was “the blackest day for media freedom in Hong Kong’s recent history”.

Across Asia, the erosion of press freedom has repeatedly made headlines in recent years. In Myanmar, dozens of journalists have been jailed since last year’s military coup. In Thailand, an emergency decree to ban news that “incites fear” was announced after anti-government protests in 2020. And in the Philippines, the country’s most profitable broadcaster, ABS-CBN, was forced to shut down that same year. These incidents are a poignant reminder that even the most successful news outlets could not survive the authoritarian resurgence in the region.

In Hong Kong, once a bastion of free speech within China’s territory, the intensified move against independent news outlets began shortly after Beijing imposed a controversial national security law in the summer of 2020. The legislation drew fierce criticisms from western capitals, from Washington to London. Hong Kong’s chief executive, Carrie Lam, however, said the closure of news organisations “cannot be directly connected” to press freedom in Hong Kong. She also rejected claims of a

The assaults on press freedom have continued since the Apple Daily saga. A few days after the tabloid folded, the city’s police chief, Raymond Siu, suggested that a “fake news” law would be necessary to tackle “hostility against the police”. His boss, Lam, announced a few weeks before that her administration was working on “fake news” legislation to tackle “misinformation, hatred and lies”.