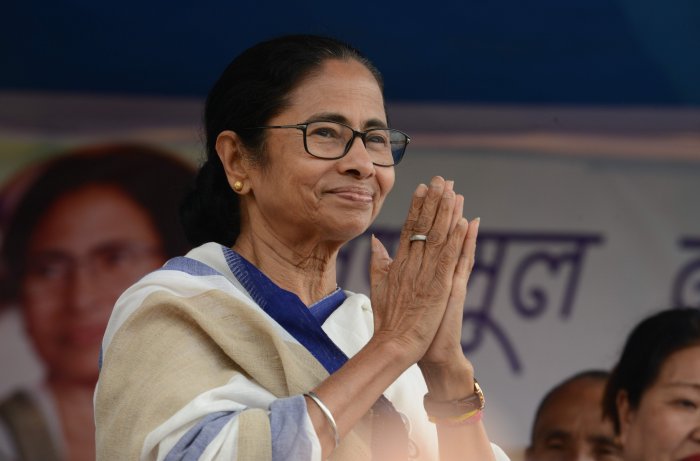 The Centre’s proposed changes in rules that give it over-reaching powers to decide on the posting of IAS officers has met with stiff resistance. Leading the united chorus to withdraw the changes, is Bengal chief minister Mamata Banerjee, who on Thursday, sent a second letter in eight days to Prime Minister Narendra Modi on the issue. She labelled the move as one that goes “against the… basic structure of India’s Constitutional scheme”. The Maharashtra government, meanwhile, decided in a Cabinet meeting to “strongly oppose” the changes.

Sources said at least five states have sent letters to the Centre opposing the proposed changes. Apart from West Bengal and Odisha, they include BJP and NDA-ruled Madhya Pradesh, Bihar and Meghalaya. The deadline for states to respond was extended from January 5 to January 25.

In her latest letter to Modi, Mamata Banerjee wrote: “The moot point of the further revised draft amendment proposal is that an officer, whom the Central Government may choose to take out of a State to any part of the country without taking his/ her consent and without the agreement of the State Government under whom he/ she is serving, may now stand released from his/ her current assignment forthwith.”

Accusing the Centre of “taking the matter to further non-federal extremes”, she wrote: “I find the revised amendment proposal more draconian than the former, and indeed its very grain is against the foundations of our great federal polity and the basic structure of India’s Constitutional scheme.”

In Mumbai, the issue was raised in the Maharashtra Cabinet meeting by Nitin Raut, senior Congress leader and Power Minister. Raut’s remarks and Mamata’s second letter referred to a revised draft sent by the Centre to states on January 12 following the response from five states.

In its latest draft, the Centre inserted two more amendments, which give it powers to call any IAS officer on Central deputation in “public interest” within a stipulated time frame. In case the state fails to relieve the officer, he/she would be deemed relieved following the due date fixed by the Centre, they said. Sources said the Centre has proposed similar amendments for IPS and Indian Forest Service officers.

Referring to the BJP’s control of the Central Government, the first letter by Ms Banerjee letter stated: “Let us not forget that the proposed amendments are very much prone to be misused by the party in power at the Centre.”

Banerjee also indicated that the issue could snowball into a political confrontation, asking Modi “not to push us to the point of greater movements on this issue to protect the soul of this great democracy that India is and has been”.

Following opposition from states, sources in DoPT denied that the Centre was trying to accord itself undue powers and said the states have not been sending enough officers for central deputation — and that officers would be posted only in consultation with states.

According to Central Government data, the number of IAS officers on Central Deputation Reserve (CDR), which is a quota of sorts, has gone down from 309 in 2011 to 223 as on date.