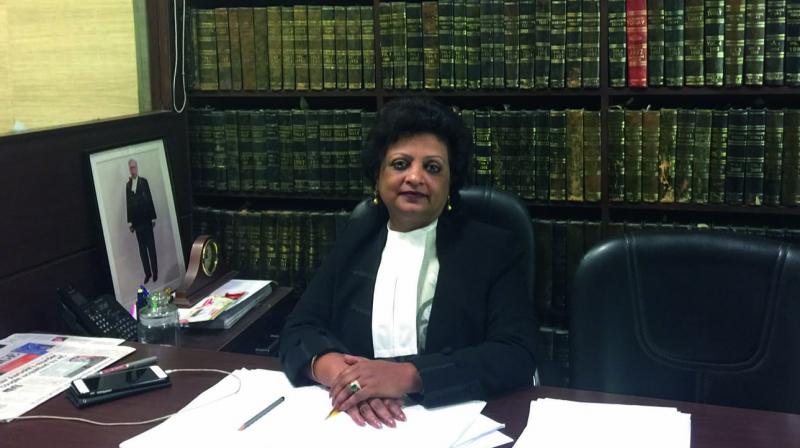 Delhi High Court continued hearing a bunch of petitions challenging the exception to Section 375 of the Indian Penal Code on Thursday, which exempts forceful intercourse by a man with his own wife from the grave offence of rape.

A division bench of Justice Rajiv Shakdher and Justice C Hari Shankar was hearing the matter. Senior Advocate Rebecca John appearing as amicus curiae (an impartial adviser to a court of law in a particular case) told the bench that expectation of sexual relations in a marriage cannot lead to a husband having forcible sex with his wife.

“This is not about expectation. This is about the man exercising his dominant right over his wife despite the wife saying I cannot and will not do it with you,” John argued.

John argued after Justice C Hari Shankar in the previous course of hearings had said that there is a qualitative difference between sexual equation which exists between parties who are married and the ones which are not married.

Justice Shankar said, “Let us not call it a right. Let’s call it an expectation.”

To this, John responded “Expectation is not wrong. Both sides can have expectations. However, the expectation cannot result in the husband having forcible sex with wife.”

The division bench had put forth a question as to what would be the state of the impugned exception if Section 375 of the Code was a gender-neutral provision.

To that, John said, “….I would like to suggest that gender-neutral exception would create a false equivalence to suggest that in reality husbands and wives are equal, disregarding the lived experiences of women as wives.”

John submitted that the scheme of IPC, CrPC and Indian Evidence Act has been amended by the legislature putting the woman in the centre of the provision, keeping in mind the procedural and evidentiary safeguards that must be given when a complaint is filed by her.

“I argue that by not recognising that inequality actually exists within a marriage, for a large majority of Indian women, and making exception gender-neutral or keeping it (in the statute book) would dilute protections given to a wife under Constitution and other statutes,” John argued.

The next hearing will be on Monday.

In the previous hearings, John had argued that the exception was nothing but a legal fiction.

Earlier, John had emphasized that ‘consent’ is an underlying condition in the exceptions to Section 375 IPC. John sought to establish that ‘sexual acts’ when done ‘with consent’ are not an offence. However, when the same sexual acts are done “without a woman’s consent”, that becomes the fundamental foundational basis of invoking Section 375 IPC.

The petitions have been filed by RIT Foundation, All India Democratic Women’s Association and two individuals against marital rape.