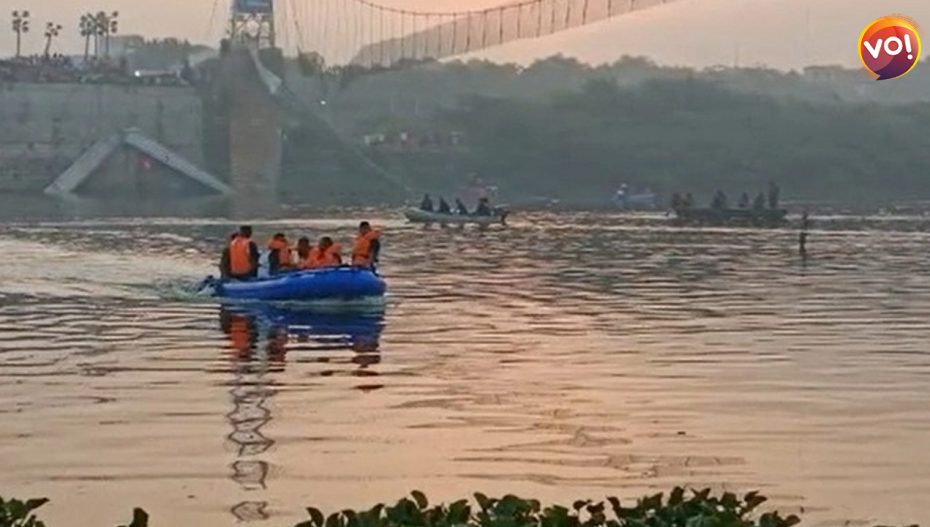 Last week, the Gujarat government issued a show-cause notice to the Morbi Nagapalika for “criminal negligence” in not heeding to warnings about an impending doom awaiting at the Bridge.

Monday saw the civic body shoot off a letter to the Special Investigating Team (SIT) probing the tragedy, requesting a return of documents impounded during a raid following the October 30 bridge collapse, which killed 141 and left 100 others grievously injured. The return was sought to access all documents so as to revert to the show-cause notice issued January 18.

The SIT had impounded documents from the Municipality a day after the Morbi bridge collapse on October 30 last year. The BJP-ruled civic body also requested the state government not to take any decision in the matter of dissolving the municipality board till it sends its reply.

In its notice, the urban development and urban housing department of the state government had observed that the Morbi municipality had “failed” to discharge its duties with respect to Jhulto Pul and that its general board was “incapable and incompetent” to perform its duties.

“The records on the basis of which municipality’s responsibilities are sought to be fixed were impounded by the government-appointed SIT. It is unanimously resolved to seek from the government documents and records relevant to the notice,” reads the resolution moved by Jayrajsingh Jadeja, the vice-president of the municipality.

The resolution also stated that the municipality will respond to the government’s show-cause notice once it gets the relevant documents from the SIT. The five-member SIT comprised engineering experts and officers of the urban development department as well as state police.