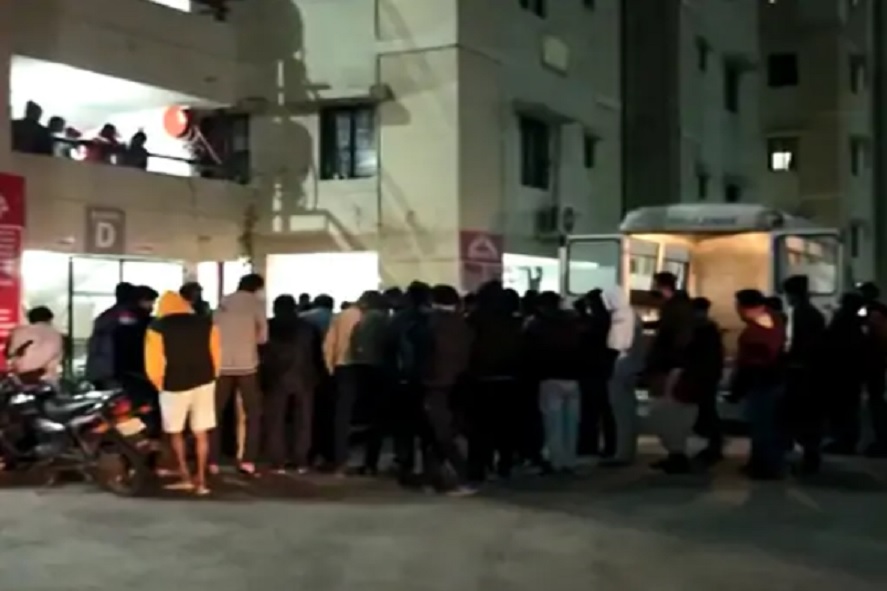 A 17-year-old Mayur Krishan Shirshad – a second-year Diploma engineering student of MS University in Vadodara has committed suicide by jumping off from the fifth floor. This incident has caused a lot of frustration in the student alum.

Reportedly, Mayur, who is a resident 798, Gokulnagar in Gotri area of Vadodara, came to meet his friend in Shivalaya Heights late on Wednesday evening from where he committed suicide. He jumped off the fifth floor of the building before even meeting his friend.

After the residents of the building witnessed a dead boy on the society premises, all his family members were informed following which they rushed to the spot. The convoy was also rushed to inform the police and the body of the deceased was immediately sent for post mortem.

According to the police head constable, Mayur was a second-year student of Diploma in Mechanical Engineering at Maharaja Sayajirao University. Her father lives in Dubai.

The police have registered a case of suicide and the matter is yet under investigation.