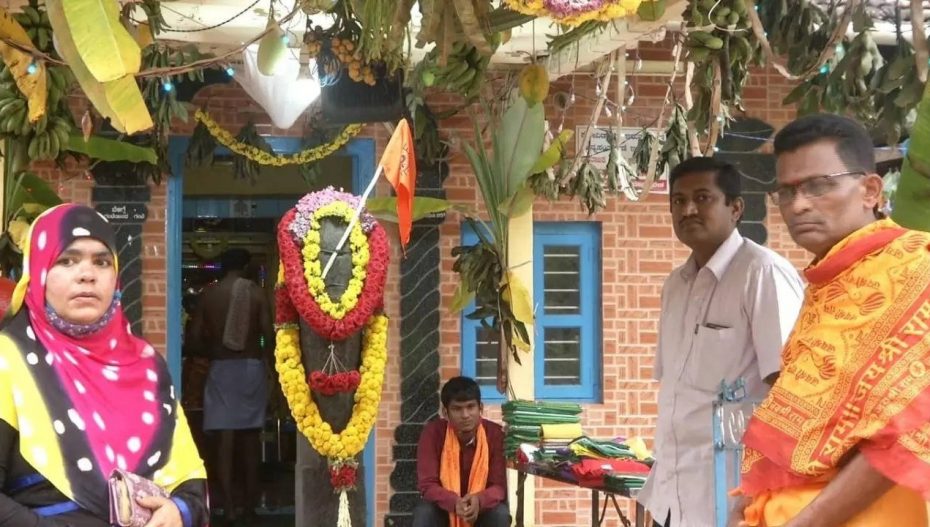 A Muslim woman offered special puja at a temple built by her late husband in Sagar town of Shivamogga in Karnataka which was then handed over to the Hindu community. Bhagavati Amma temple was constructed nearly 50 years ago by a railway employee Ibrahim Sharif.

“My husband, a railway employee, had built this Bhagawati Amma temple and handed it over to Hindu community 50 years ago,” Famida.

She further said that her husband died two years ago but his family members and other relatives continue to offer special puja during Hindu festivals. Disclosing the idea behind the construction of the temple by her husband, she said, “The Goddess was appearing in my husband’s dreams. He consulted seer Sridhar and constructed a small temple. Ibrahim had been doing namaz and puja at home and at the temple, respectively.” She said the railway department had provided a piece of land to build the temple.