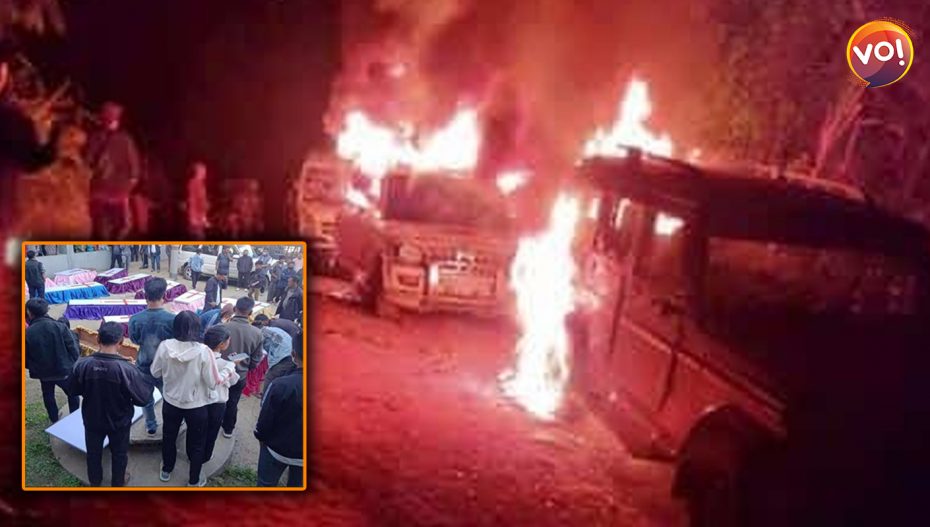 The coffins of innocent civilians killed by the Indian army has sent shock waves across the country as military operation goes awry in Nagaland. The fear of militants operating from Indian soil misled the army into gunning down 13 civilians at the Indo-Myanmar border.

Mon district that houses the Konyak Community found itself as a target of the counter-insurgency operation on Saturday. The army reportedly received a tip that some militants were carrying out operations from the Oting village in Mon district. To capture and stop their movement, the army laid an ambush on Saturday afternoon.

Soon after they opened fire on the Tiku Oting road and killed 8 villagers whom they believed were militants. While 6 died on the spot and 2 succumbed to the injuries on their way to the hospital.

Following the incident, the angry villagers surrounded the army. And they responded by opening fire at the mob’. The second round of open fire as an act of ‘self-defence’ killed five more villagers and injured six.

One soldier died and three vehicles of the security forces were also set on fire.

As the situation grew intense in the evening, the sources told that the villagers surrounded the Assam rifles camp and tried to set a portion of it on fire.

The local media has released a list of the names of the civilians killed in the incident. However, official confirmation is awaited.

Following the incident, the army released a press statement. They said, “ the incident and its aftermath is deeply regretted. The cause of the unfortunate loss of lives is being investigated by the Court of inquiry at the highest level and appropriate action will be taken as per the course of law.”

Union Minister Amit Shah also took to Twitter to express his condolences to the families of the dead. He said, “A high-level SIT constituted by the State govt will thoroughly probe this incident to ensure justice to the bereaved families.”

Former President Rahul Gandhi took to Twitter and questioned the government of India regarding the matter. He said, “What exactly is the home ministry doing when neither civilians nor security personnel are safe in our own land?”

To avoid any rumours about the incident – internet, mobile and SMS services in the area have been temporarily suspended.

This comes amidst the Hornbill Festival that is attended by several diplomats. Many other tribal groups in the area namely Lotha, Soho, Konyak Community, etc have refused to participate in the festival.

The Mon district is a stronghold of the National Socialist Council of Nagaland – Khaplang and the United Liberation Front of Asom. The killing of the civilians has reportedly alerted the two separatist groups and further attacks are feared.