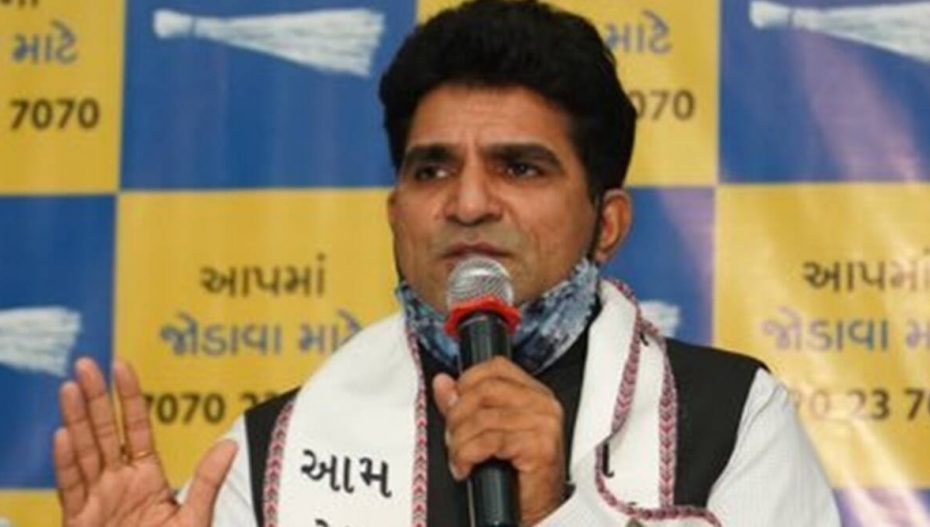 With the ruling BJP pulling out all stops to win the 2022 elections and the Aam Aadmi Party (AAP) matching it breath by breath, an FSL report on journalist-turned-AAP leader Isudan Gadhvi being drunk while leading an assault on the BJP headquarter, Shri Kamalam, has returned positive after a week.

On Saturday, 13 days later, AAP leader Isudan Gadhvi’s blood test report was released, as a confirmation of him having consumed alcohol on the unprecedented December 20 siege on Gujarat BJP headquarters, Shri Kamalam.

A police complaint was filed by a little-known woman BJP worker alleging that Gadhvi was drunk on that day. When contacted, Isudan Gadhvi rubbished the FSL report, saying, “I swear to God that I have never touched alcohol in my life. This report is totally false. I will file a defamation suit against him.” He said he had even smoked tobacco only once in his life.

On the other hand, the Aam Aadmi Party has stood tall behind Gadhvi and so has the media at large.

Describing the incident as disgusting, another senior AAP leader Mahesh Savani wondered why should an alcohol test take a week. But the State Government is moving ahead with an FIR against Isudan based on the report.

Their offence was that Aam Aadmi Party (AAP) activists, led by Gadhvi and Gopal Italia, had stormed the Bharatiya Janata Party (BJP) state headquarters Shri Kamalam, demanding resignation of Asit Vora as the GSSSB chief for the paper leak of head clerks exam.

Shraddha Rajput, a little-known BJP woman activist, had lodged a complaint against Isudan alleging that he was drunk on that day and even molested her. On this basis, he was arrested but his immediate blood report had returned negative — meaning not having drunk.

However, on the very next day, that is today, Gadhvi’s report from the Forensic Science Laboratory came positive.

Meanwhile, the entire incident has ignited a controversy with strong political reactions. Vibes Of India recorded some:

There are no doubts that the BJP has manipulated the FSL reports and they have done it even in the past. The FSL reports came after four days of the test and it is evident that it’s wronged. Even before Isudan joined politics he was never into drinking and most people around him know this fact.

“There is nothing new with what happened with Isudan. Recently, MLA Karamsinh Makwana was harassed by the police on his way back from the airport. Section 307 was registered against him–even with no fault of his. In the new India innocent people are sent behind bars and the actual criminals roam around with pride.”

“Whether Isudan consumed liquor or not is a personal matter of him and FSL Gujarat; all I can say is there are issues with both of them. The way Isudan protested against the paper leak incident was inappropriate and the way the government dealt with it was equally wrong. Incidents of paper leak in Gujarat are a common affair but the government wanted to suppress everything.”