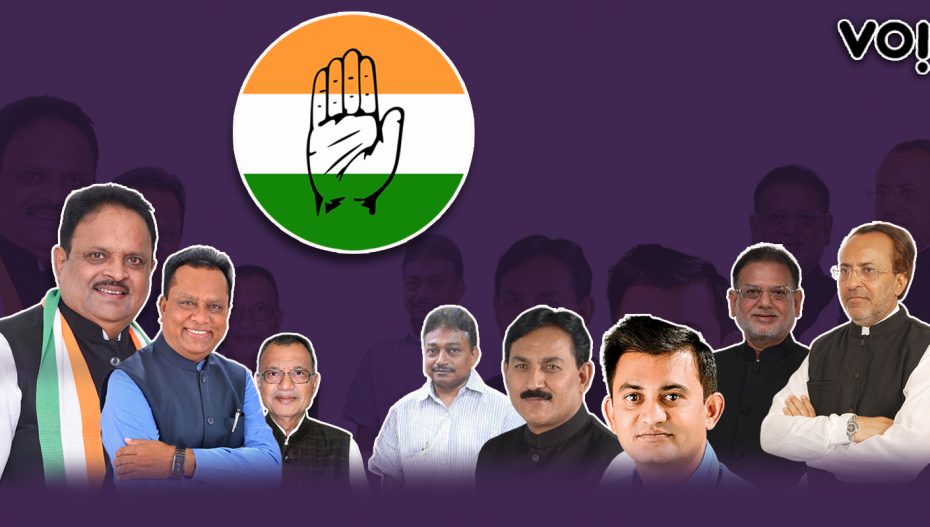 Politics is keeping Gujarat on tenterhooks. Even as parties are leaving no stone unturned in their efforts to fight it out, the intra-party dynamics are no less intriguing. Caste leaders, OBC magnates, veterans and young blood are all tossed into the sea with each politicking to survive.

Take the case of Congress veteran Bharatsinh Solanki. The former state Railways minister is today “not even able to talk to the high command.” Alongside the rise of young Turks Bharat, Arjun, Siddharth, Tushar and Paresh is questioning the very need for old hands in a new set up. Likewise, the seasoned trio comprising Gujarat party in-charge Raghu Sharma, state chief Jagdish Thakor and leader of the Opposition Sukhram Rathwa, can do little save convene meetings. However, the top brass is conspicuous by its absence and non-committal by its indifference.

Taking a leaf out of its defeat in the 2017 Assembly elections, the Congress is in amend mode. A contributing factor of its failure was the “stubborn” stalwarts who were miffed with either being sidelined or not allotted the desired constituency. Whatever be the case, the grand old party, almost met with a forgone conclusion. Rumour is rife that this time, even if the high command is not interacting directly with the heavyweights, efforts are afoot to placate ruffled feathers.

Here’s a quick look at the notable players in the state Congress:

The former state Congress chief who was once the closest to 10 Janpath, unfortunately is nursing bitter wounds. In a plain-speak before Gujarat Congress leaders at the Dwarka session, RaGa stated there was no place in the party for those who “do not want to work on the ground level.”

Again, his marital discord between Solanki and his second wife, Reshma, became public when both parties issued notices in newspapers, putting out their side of the story last year. That brought more disgrace to the already slandered party. It is also held that following the three day chintin shibir, in which he could not get the audience of RaGa, Solanki, son of former chief minister Madhavsinh Solanki, made a trip to Delhi. However, three days and no meet was the net result.

Thereon, Solanki has cut himself from the party events such as the yatra from Gandhi Ashram on April 6. Insiders report that the miffed Solanki has been working out strategise ways to wrest back his sway. Once considered his friend, state Congress chief Jagdish Thakor, however, has adopted a more neutral approach. This was clearly evident in the recent appointment of party district chiefs, where, Solanki’s previous night “lavish dinner” remained as a one-night stand without any future consequences. For now, Solanki’s message seems to be: “let’s see.”

“Leaders should try to win two seats. We will then busy ourselves with government formation” was Rahul Gandhi’s statement during the Dwarka session. However, that does not seem to sit well with the Porbandar strongman. Even though he is reputed to be close to Ahmed Patel, 10 Janpath remains elusive to his calls and letters. Alongside, NCP MLA Kandhal Jadeja’s growing proximity to the Congress might upset the cart further for Modhwadia. Not only was his “long list” overlooked in the party’s approach to 2022, his claims of Muslims not getting representation according to the new numbers in the PCC, was also not heeded to. For the time being, Modhwadia busying himself with consolidating base among the fishermen, the Mer community and merchants in Porbandar.

Son of former chief minister Chimanbhai Patel, Siddharth Patel is also a former state chief ICC secretary. However, three consecutive losses have weakened the once “only Patel face” from Vadodra. And Hardik Patel’s growing proximity to Priyanka Gandhi is not helping matters either.

At the party core committee meeting chaired by Raghu Sharma on April 6, Siddharth’s silence was deafening. What could he say when the obvious does not need to be stated? “Once upon a time, there was a Janata Dal within the Congress. Now, in the new PCC, this Janata Dal has only one representation. From Surat and it draws on the quota of Jagdish Thakor,” explained an insider. For some reason, Siddharth, who is close to Sonia Gandhi, has not been able to strike a rapport with RaGa. Despite many trips to Delhi, the ice has not thawed.

Tushar Chaudhary is the son of Amar Singh Chaudhary, the only tribal chief minister of Gujarat and a Union Minister of state for five consecutive terms in UPA-2. However, while his opponents found place in the PCC, not a single of his own supporter did. Plus, he was not called at the review meeting of his home district, Surat. Likewise, at the Dwaraka session, he was not even on the dais. Now, that does leave the unsaid said.

A two-time working president of the Gujarat Congress, he is yet to make appointments of his choice in Surat city and district. Despite the activism in all the protests against the Tapi-Par-Narmada River Link Project, RaGa chose to focus his gaze on MLA Anant Patel.

In the last two months, Rahul Gandhi has met Anant Patel three times. He has also been made the chief of the Gujarat Adivasi Congress. Sukhram Rathwa and Anant Patel were at the press conference held in Delhi. But this veteran leader did not find a place.

This young Turk, who was once close to Rahul Gandhi, has been besieged in the home district itself. Veerji Thummar, his rival in Amreli, is now being touted. His daughter, Jenny Thummar, has been made the head of the Mahila Congress and while state party chief Amit Chavda, who resigned with Paresh, is always seen with Jagdish Thakor. Paresh remains missing. According to sources, the high command is angry with “peanuts.” Even as Leader of Opposition, he could not become the Patel leader, nor could he get out of Amreli. In the Naresh Patel case also, despite being a Patel leader, he was not made a mediator. Hardik Patel’s growing influence in Congress has dented future prospects for this Patel leader too.