Only Difference Between Taliban Then And Now Is They Have Become Tech-Savvy: British Journalist Of Afghan Origin 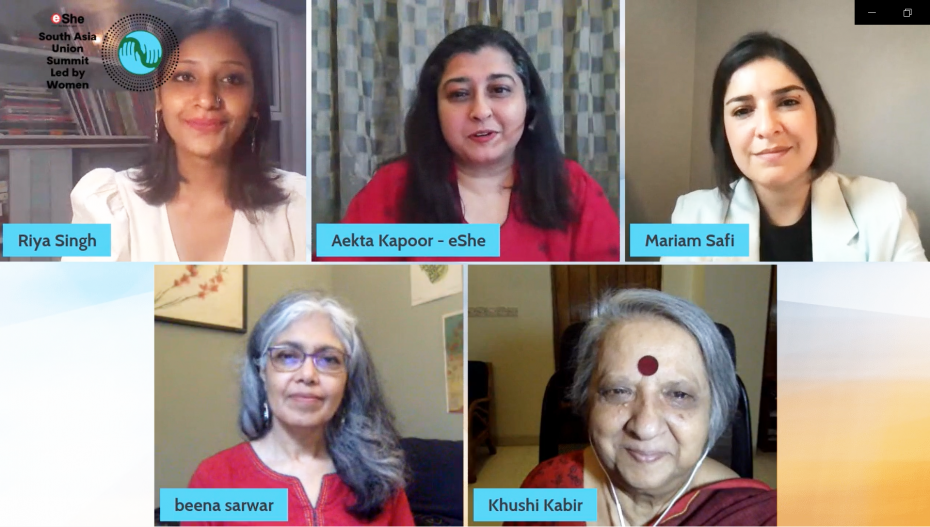 “The only difference between the 1990s and now is that the Taliban are more sophisticated, they are on social media and Twitter, and they are young men who know how to use technology to spread their message,” says Najiba Laima Kasraee, British journalist of Afghan origin, now based in Prague.

Speaking at South Asia Union Summit Led by Women, organized by eShe, Kasraee, who is a broadcaster, writer, and associate standard editor for Radio Free Europe/Radio Liberty, shared, “My grandmother who was born in 1905 said that my generation is luckier than my mom’s because in those days women were simply not allowed to speak as her voice shouldn’t be heard by strangers. We are now going back to an area where women are silenced again.”

The Summit also included Afghanistan policy expert Mariam Safi, the founding director of the Organization for Policy Research and Development Studies (DROPS), a Kabul-based research institute, who is currently in Canada after having escaped from Kabul during the Taliban takeover, and is helping to evacuate others.

Kasraee narrated an event when she had interviewed a Taliban commander, the then 25-year-old Niazi – who was recently killed just before Taliban took over – in Jalalabad two decades ago with her face uncovered. “I asked him, ‘Would you like to take your wife to a male doctor or a female doctor?’ He replied without hesitation, ‘Obviously a female one!’ I had asked him where female doctors would come from if girls are not allowed to be educated? The same questions are appearing again after 20 years.”

Sharing figures, she revealed how women had progressed in an Afghanistan free from Taliban. “Only 9,000 girls remained in school during the Taliban regime, but today we have 4 million. The most recent figures show that we had 450 (female) judges, and it is an extremely rare situation for women to have a higher authority as per Sharia; 27 percent of Afghan government comprised of women; 5 percent of our total military and police force were women, and 20 percent civil servants across Afghanistan were women – this includes the rural areas. Now the women’s ministry itself has been disbanded,” said the Afghan origin media-woman, best known for her work in BBC World Service, where besides memorable interviews with world leaders such as Tony Blair, she also founded the first language training for BBC Academy, which led to the creation of training resources in more than 42 vernacular languages for journalists worldwide.

Mariam Safi, who has participated in many peacebuilding efforts, including briefing the United Nations Security Council on the challenges faced by women in the Afghan peace process, echoed Kasraee’s thoughts and categorically called out the bluff that the Taliban had changed.

“Two days after the fall of Kabul, Taliban came out with calming pro-women statements to assuage the public. However, a month later we see that their words have not translated into action. Secondary school has been banned for girls, along with sports for women where their bodies shall be shown inappropriately in the media. They have even banned women from becoming ministers, snatching away their spots in decision-making,” Safi said.

Women also have an inherent fear of returning to spaces such as private educational institutions or healthcare, which remain open. “What we had in the last 20 years wasn’t perfect but there were spaces for improvement through media, and civil society organizations who could operate,” shared Safi, who is a scholar and academic in the area of peacebuilding and conflict resolution, specializing in women and public policy in Afghanistan.

South Asia Union Summit Led by Women is a nonprofit initiative by eShe, a digital platform based in New Delhi that amplifies women’s voices from South Asia and globally. The first in a planned series of annual events, it brought together 50 eminent women from 13 countries to discuss solutions for peace, gender equality, social justice and a unified South Asia.